(RightWing.org) – Censorship in the United States is growing, and Facebook, Google, and Twitter are leading the charge. It appears that censorship is only happening against conservatives. On Wednesday, October 28, Republicans on the Senate Commerce, Science, and Transportation Committee expressed their outrage at the heads of the tech giants.

According to the Media Research Center, as of October 19, Facebook and Twitter censored President Donald Trump and the Trump campaign a total of 65 times between May 2018 and October 16, 2020. Twitter was the major culprit, censoring the president 98% of the time. However, he wasn’t alone. Conservative politicians have also gotten the raw end of the deal, as well as the right-leaning New York Post for its explosive story on the Biden family, pay for play scandal.

While it may be a coincidence, Twitter and Facebook employees gave 90% of their donations in 2020 to Democrats. When combined with the unprecedented level of censorship on the President of the United States, it has led to much questioning from conservative members of Congress and President Trump.

Republicans warned Twitter CEO Jack Dorsey, Facebook’s Mark Zuckerberg, and Google’s Sundar Pichai that Congress’ restrictions were forthcoming over their behavior. Senate Commerce, Science, and Transportation Committee Chairman Sen. Roger Wicker (R-MS) emphasized that laws governing the tech giants needed to be updated. He said, “the openness and freedom of the internet are under attack.”

Sen. Ted Cruz (R-TX) was perhaps the most ardent questioner. He directed most of his attention to Twitter, which blocked the New York Post Biden family pay for play scandal article. When asked why the Post was blocked, Dorsey said it was because the article violated their terms of service and posted hacked materials. However, when Cruz asked about the Trump tax article in the New York Times, the Twitter CEO said it didn’t violate the policy because the Times didn’t post images of the documents. The intense exchange between Cruz and Dorsey is worth the time to watch.

Dorsey acknowledged the New York Post is still blocked from posting on Twitter. However, he said if the newspaper logs into their account and deletes the original tweet, their account will be restored. Then, “they can tweet the exact same material to the exact same article, and it would go through”

Cruz posted the following after the hearing on Twitter:

What @jack told the Senate, under oath, is false. I just tried to tweet the @nypost story alleging Biden’s CCP corruption.

Section 230 of the Communications and Decency Act

When asked to provide examples of where one Democrat was censored, none of the big tech companies could answer. It’s because they haven’t been censored. However, it’s worse than that. While Trump is censored for posting about potential election fraud, the Mullah’s in Iran post freely about murdering Israeli leaders. Yet, Dorsey says that’s not a violation of their policies.

The purpose of the hearing was not to grill the tech companies. Its purpose was to evaluate if changes need to be made to Section 230 of the Communications and Decency Act. Under the 1996 law, tech companies are shielded from legal liability. At the time, the law was passed to guard tech companies against lawsuits and legal actions and to ensure free speech was protected on the new and growing technology.

However, due to the size, influence, and power of the three tech companies, which are among the richest and most profitable in the world today, some are questioning why the law is necessary.

Other hearings are in the works. 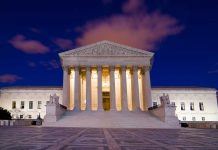 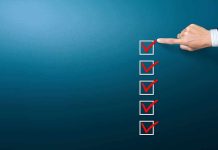