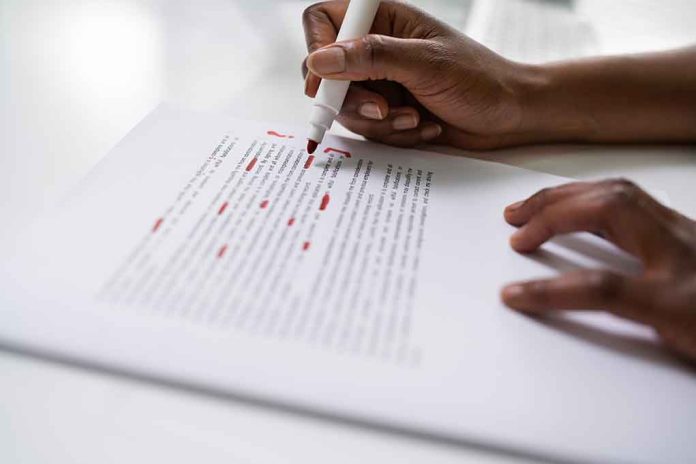 (RightWing.org) – Homeland Security Secretary Alejandro Mayorkas announced the creation of the Disinformation Governance Board during Congressional testimony on April 27. He later appointed controversial researcher and author Nina Jankowicz as the executive director of what many are calling President Joe Biden’s Ministry of Truth. As one might expect, things appear to have gone off the rails already, as indicated by Biden’s newly crowned disinformation czar’s remarks at a recent online conference.

On Tuesday, May 10, Disclose.TV published a brief clip of Jankowicz discussing some of her plans for handling so-called disinformation during a remote Zoom call.

Jankowicz focused on the prevalence of false information on Twitter in the video. She suggested having verified users edit posts like Wikipedia does to “add context to certain tweets.”

The disinformation czar used the example of former President Donald Trump tweeting about voter fraud during the 2020 presidential election. According to her, a “trustworthy” verified account could add information disputing Trump’s claim to the post to give it proper context for other Twitter users.

Jankowicz also discussed the need to revoke individuals’ blue checkmarks. Some users “shouldn’t be verified [because they aren’t] trustworthy,” she remarked.

The suggestion raises some interesting questions. Who gets to decide which verified Twitter users are “trustworthy” and whose “context” is accurate?