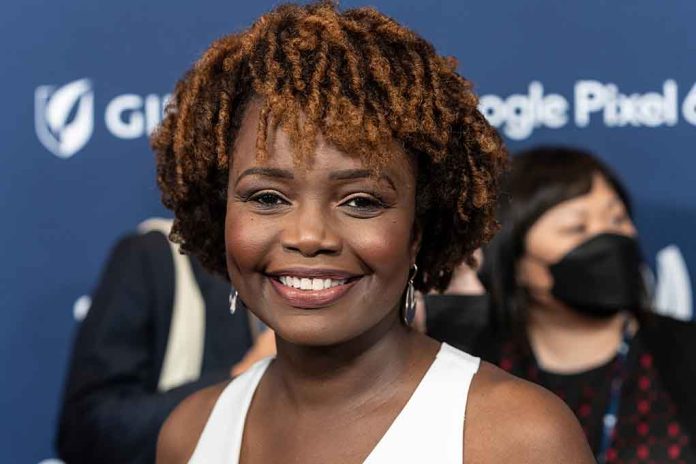 (RightWing.org) – President Joe Biden tested positive for COVID-19 on July 19, but despite his age, the White House has been reporting that his symptoms have been mild. Now, Press Secretary Karine Jean-Pierre says the president has recovered enough to restart his workout routine. Unfortunately for her credibility, she couldn’t answer any more questions on what exercises he actually does.

Press Sec. Karine Jean-Pierre is asked a hard-hitting question about what kind of exercise Biden is doing. pic.twitter.com/iDYMDZc8wL

On July 26, Jean-Pierre said during the daily White House press briefing that the president now felt well enough to go back to his exercise regimen, producing a memo from White House physician Kevin O’Connor claiming Biden had restarted his routine. The president has been keen to talk up his fitness program as a counter to arguments that he’s too old and unwell to do his job.

The problem is that while Jean-Pierre could manage the talking point about Biden’s fitness, she hadn’t bothered to prepare for questions. When a reporter asked what exercises Biden was actually doing, she was caught short and had to bluster her way out of it. “I knew that was gonna come…” she said, “and I should have asked.” Yes, she should have; what’s the point of a press secretary who can’t answer legitimate questions about the president? And what’s the point of an administration where key figures can’t even communicate about something as simple as this?