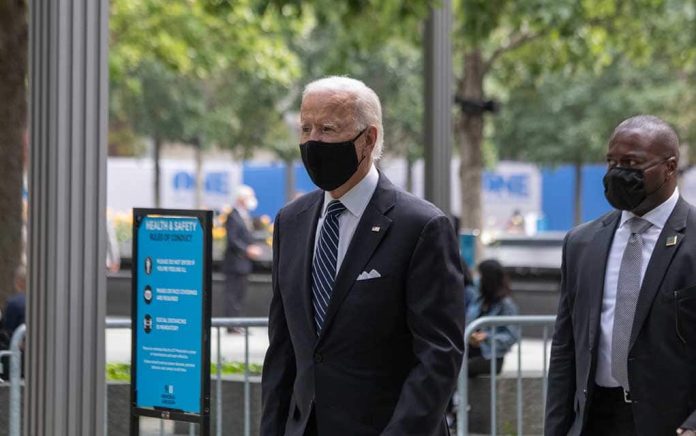 (RightWing.org) – In early August, President Joe Biden’s approval rating among voters began the short path to a steep decline. Initially, people disapproved of how the president withdrew from Afghanistan. However, throughout August and September, other cracks began to emerge. What voters once perceived as a strength is no longer, and the public trust in the president seems all but gone, except for hard-core Democrats.

According to a new Axios/Ipsos poll, the public no longer believes Joe Biden is honest with them about COVID-19. It’s a damaging blow to a president who promised he would always be truthful with the American people. It appears that voters believe Biden is more interested in politics and power than sharing the truth.

For months, Biden’s approval rating soured on specific issues such as immigration, inflation, and Afghanistan. He openly lied about GOP election reform laws, called Republicans racists, pitted the vaccinated against the unvaccinated, and botched the Afghanistan withdrawal. Despite all of that, his numbers remained high when surveyors asked respondents how they felt about Biden’s handling of COVID-19. Suddenly, that’s going backward as well. On September 26, Gallup released a poll showing that Biden’s political capital collapsed and that independents were bailing on him.

In the new Axios/Ipsos survey, voters said they no longer trust Biden to tell the truth about COVID-19. Only 45% said they trust him a great deal or a fair amount. A whopping 53% said they trust the president very little or not at all. My, how the mighty have fallen. When Biden took office in January, the same poll said 69% approved of his response to the pandemic.

What’s causing the lack of trust? It might be that voters sense that politics is guiding Biden instead of science. He got ahead of federal health agencies in August and said every American should get a booster shot. On September 24, just shortly after midnight, CDC Director Dr. Rochelle Walensky unilaterally ignored the agency advisory panel that didn’t support booster shots for everyone due to a lack of science and approved the booster vaccinations.

Not only is the public’s trust eroding with the president, but trust is also waning with the federal government. Only 49% of voters say they trust the government to tell them accurate information about COVID-19, down seven points from two weeks ago. However, trust in the CDC remains stable at 60% as voters said they believe the health agency provides accurate information.

Will the trend continue? It depends on how Biden and federal officials communicate with the public. The downward trend could continue if they sense the pandemic and vaccinations are a political power play instead of shooting straight with voters.

It ought to be a warning sign to the Biden administration that Americans can handle hard news. What they don’t tolerate well is misinformation or manipulation of facts for political gain.