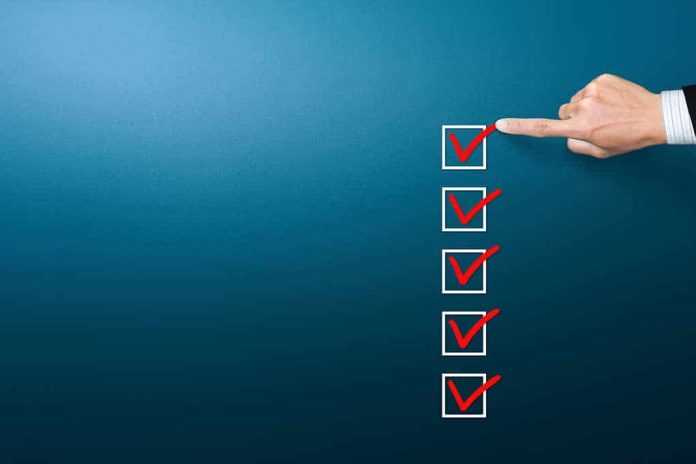 (RightWing.org) – Diplomacy is a tough business. It’s not for the faint of heart or those who seek to earn the favor of others. In the 1980s, President Ronald Reagan regularly infuriated the intelligence community. Bent on ending the Cold War, Reagan called out the Soviet Union for what it was and he wasn’t afraid to be firm. He called it an “evil” empire, walked out of negotiations, and demanded they tear down the wall dividing Germany. The former president built up the military to record peacetime levels as a deterrent. When he spoke, he meant what he said. In 1990, the Soviet Union collapsed.

Joe Biden is no Ronald Reagan. On Wednesday, June 16, Biden met with Russian President Vladimir Putin. The US president appeared more interested in appeasement and friendship than in protecting the interests of the United States and its businesses.

Cybersecurity Issues a Challenge for America

Since Biden assumed the presidency on January 20, US businesses have been the victims of numerous cyberattacks, many of which were aimed at US industries that provide infrastructure of some sort. In May, an east coast pipeline was shut down that caused the southwest United States to begin running out of gasoline and sparked panic buying. Owners of the Colonial Pipeline were forced to pay a hefty ransom to get oil and gas flowing again. Additionally, a massive meat-processing company was also hit hard by a hack.

According to IT security firm Check Point, ransomware and hacks increased 102% across the globe compared to early 2020. It’s estimated that cyberattacks cost businesses $20 billion. Cybersecurity experts say there are no signs the attacks are slowing down. The United States government believes the majority of cybersecurity issues are coming from the Russian government or inside Russian territory.

According to reports, President Biden told Putin that 16 vital infrastructure entities established by the Cybersecurity & Infrastructure Security Agency were off-limits where he was concerned. That’s it, only sixteen. Why only sixteen? Every industry is important to America. Shouldn’t Biden be standing up for every single one of them?

In a press conference after the two presidents met, Putin threw Biden’s assertion back at him. He denied Russian involvement in hacking and made no concessions. Putin said the Russian government tracks malicious activity from the United States and that the US is largely to blame for cyber attacks, not Russia.

Instead of being firm and laying down an expectation that the cyberattacks must stop, or warning of dire consequences for Russia if they don’t, Biden offered pleasantries. Afterward, the US president refused to answer what consequences might be inflicted on Russia if the threat didn’t stop. Biden refused to answer the press when asked if a military response was on the table.

Can you hear Reagan now? He would say that all options are on the table. Like so many times during his presidency, Reagan would challenge Putin not to test him. However, Biden admitted he offered no consequences, just vague assertions that mean nothing.

America is back alright. Right back to an apathetic worldview that refuses to challenge bad actors, accepts the world’s assertion that America is the problem, and empowers those who would seek to harm the United States.

It’s Obama 2.0 all over again. Except for this time, Biden is more incompetent in how he portrays his weakness.