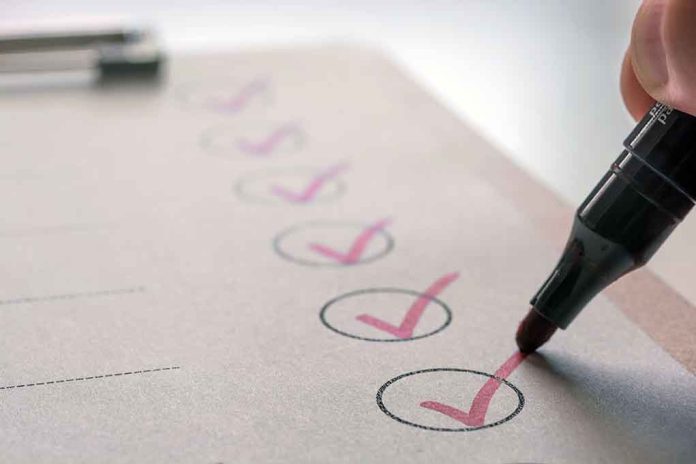 (RightWing.org) – Which US president would you say has done the most for our country? Wherever you are on the political spectrum, there are plenty to choose from. For Conservatives, Ronald Reagan won the Cold War and rebuilt American military strength. For Liberals, Franklin D. Roosevelt launched the New Deal and built impressive infrastructure projects. But who’s going to nominate President Joe Biden?

Biden: "I'll tell you what: No one's ever done as much as president as this administration is doing. Period." pic.twitter.com/aLvVlcxD9v

Well, it turns out that President Biden is. Talking to the Tribal Nations Summit on November 30, the president told his audience, “no one’s ever done as much as president as this administration is doing. Period.” Biden has certainly done a lot of things — illegal immigration out of control, inflation at a 40-year high, crime sweeping our cities, and America humiliated by the bungled withdrawal from Afghanistan — but it’s hard to argue that any of it was good for the country.

At the summit, Biden promised his Native American audience he would invest $13 billion in building infrastructure on Indian lands — yes, he used the term Indian. Among the things he promised were clean water supplies, renewable electricity, and a network of charging points for electric cars.

He wants to spend another $9.1 billion — which, as he pointed out in a not at-all patronizing way, is with a B — on Indian Health Services. On top of that, $135 million will be spent on relocating Indian communities to “safer ground.” The president also offered a range of smaller bribes to the tribes, including increased consultation with the federal government.

But does this come anywhere near equalling the achievements of a Reagan or an FDR?