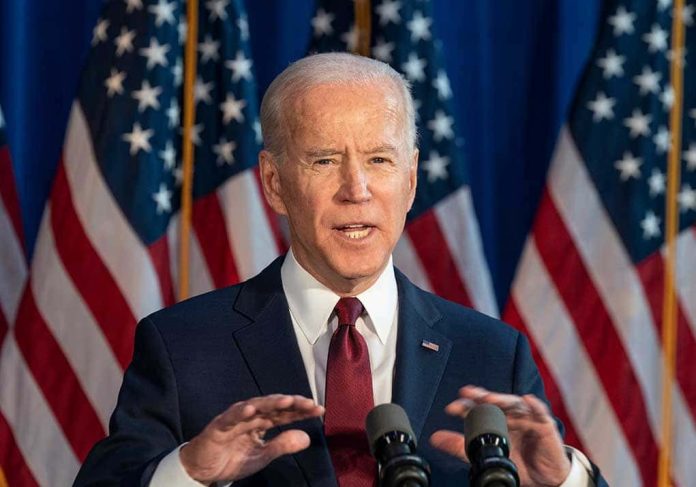 (RightWing.org) – It’s only three days into the Joe Biden presidency and the cracks are already beginning to show. While the new president signs executive order after order establishing new rules, it appears he’s taking after Democrats by being inconsistent with them. Sometimes, Biden violates orders that are unimportant to him. At other times, it appears there are differing standards for conservatives who break the law and anarchists on the left who don’t even believe there are laws.

If there is one thing that makes people upset, it’s hypocrisy. America is at a crossroads. The last thing the nation needs is a “do as I say, not as I do leader.” Americans want a president who is consistent, tells it to them straight and practices what he preaches. America must demand better than what we are getting from our leaders.

It appears President Biden is onboard the hypocrisy train. On Wednesday, January 20, just hours after signing an executive order requiring everyone to wear masks on federal property, the president was seen without a mask on at the Lincoln Memorial. The purpose for not wearing a mask may be justifiable and reasonable.

However, White House Press Secretary Jennifer Psaki made something that’s likely a non-issue into a massive one. When asked by the press why the president wasn’t wearing a mask, she said Biden has “bigger issues to worry about.”

Really? That’s her answer. For months on the campaign trail, Biden berated former President Donald Trump for not wearing a mask. Now that the shoe is on the other foot, the press secretary should immediately come out and say she misspoke. Psaki’s answer came off as hypocritical, condescending, and out of touch with everyday Americans.

As riots destroyed communities last summer across the upper-Midwest and the West, then-candidate Biden stayed silent. Perhaps he was afraid if he confronted them, it would have hurt his chances at winning the election.

However, when the Capitol building was rioted against, he wasn’t so silent. In fact, 25,000 National Guardsmen were sent into Washington, DC to protect Joe Biden’s inauguration.

However, he remains silent about the anarchists who destroyed parts of Portland, Seattle, and Denver on Wednesday night into Thursday morning. The rioters carried signs saying they didn’t want to be “governed,” along with other despicable sayings as they looted and destroyed property.

As much as the press has tried to cover it up, Biden’s presidency started in controversy earlier this week. He called for unity, but his actions aren’t backing up his words. Let’s hope the new president reminds himself of his words that what he says (or doesn’t say) and does (or doesn’t do) matters.

Biden appears to be trying so hard not to be Trump that he’s actually hurting his presidency. Let’s hope Psaki’s statement is retracted, a reasonable explanation is given for not wearing a mask, and the president calls out the rioters on the left. It would be a good way to start over before this becomes a pattern.