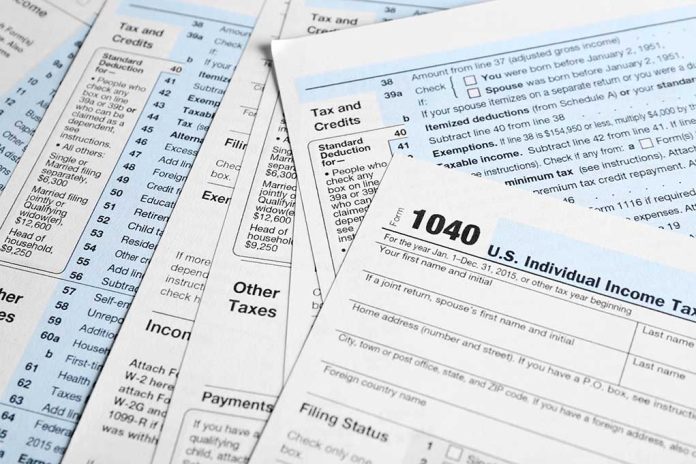 (RightWing.org) – Democrats have promoted a tax and spend agenda for decades. However, they have taken it to an extreme since they took control of both chambers of Congress and managed to get Joe Biden in the White House.

On April 28, Biden proposed to extend the Democrats’ recent child tax credit (CTC) expansion beyond the end of 2021. They included it as part of the March COVID-19 relief package with zero Republican support. However, Lefty Liberals pressured Biden to cement the expansion, so he worked it into his newly proposed $1.8 trillion American Families Plan.

If Democrats can push that plan through using reconciliation, the portion of the CTC expansion making the credit fully refundable would become permanent. The American Families Plan would also increase the amount of credit available through 2025.

The price tag for the plan includes roughly $800 billion in tax relief for low to middle-income households. The Biden administration proposes taxing high-income earners to pay for the bill.

There’s a limit to how much money the White House can squeeze out of top wage earners. How much longer can Democrats keep coming up with more ways to spend money with no real way to pay for it?