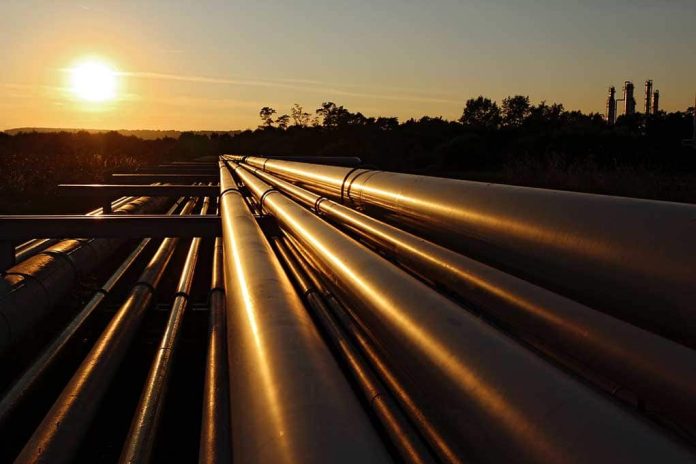 (RightWing.org) – President Biden has agreed to waive sanctions on a Russian energy company in what looks like a panicked reaction to the recent ransomware attack on a major US oil pipeline.

On May 19, an administration source told Reuters that Biden plans to let Nord Stream 2 AG – headquartered in Germany but wholly owned by Russian energy giant Gazprom – get away with what the State Department admits is sanctionable activity. Biden has said Nord Stream 2, which will carry Russian gas to Germany while bypassing Ukraine, is “a bad deal” that will isolate Ukraine from energy markets and leave Germany more vulnerable to Russian pressure.

So why is he refusing to act against Russia’s breaches of US rules?

On May 7, a ransomware attack cut off 45% of fuel supplies to the entire East Coast of the US. Russian cybercriminal group DarkSide allegedly carried out that attack and has now announced it’s shutting down. The question is, was there a quid pro quo?

Could the message from Russia have been ‘You leave our pipeline alone, and we won’t mess with yours?’ That remains to be seen. We’ll be keeping an eye on it.