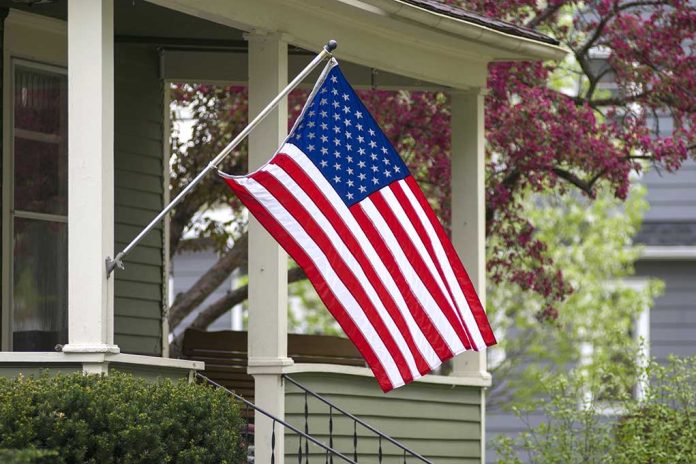 (RightWing.org) – President Joe Biden is attempting to score points in the wake of the recent Buffalo supermarket shooting. The suspect reportedly left behind a 180-page manifesto ranting about the “Great Replacement.” But so far, law enforcement officials haven’t confirmed the document’s authenticity. Nevertheless, Biden is lashing out at the notion that immigrants are being brought into the country to replace white voters. There’s just one problem — he used to promote the idea.

The president went out of his way to blame the Great Replacement for the Buffalo shooting and other similarly tragic incidents. He’s condemned the concept, asked Americans to “reject the lie” of replacement theory, and linked it to “deadly and destructive violence.”

.@POTUS: "Angry, alienated, lost, and isolated individuals" have been "radicalized" "into falsely believing that they will be 'replaced.'"

"I call on all Americans to reject the lie. And I condemn those who spread the lie for power, political gain, and for profit." pic.twitter.com/o8b91gFQQd

Inexplicably, Biden failed to note that he promoted the theory on at least two occasions in the past. For instance, he spoke of an “unrelenting stream” of immigrants flooding across the border during a 2015 White House summit. He also cautioned that people of “white European stock” would soon become an “absolute minority.”

Biden also appeared to promote replacement theory during a late 2020 video conference with black civil rights leaders. Once again, he claimed America would soon become a “minority white European” country. Then, in a stunning move, he tried to pull his black audience into the fray, suggesting they better start “working more with Hispanics” if they hope to endure the onslaught.

Biden’s hypocrisy speaks for itself, but it also points to another problem — his lack of consistency. America needs a strong leader in challenging times and not an individual who constantly flip-flops on important issues.

What are your thoughts about Biden’s apparent change of heart regarding replacement theory?