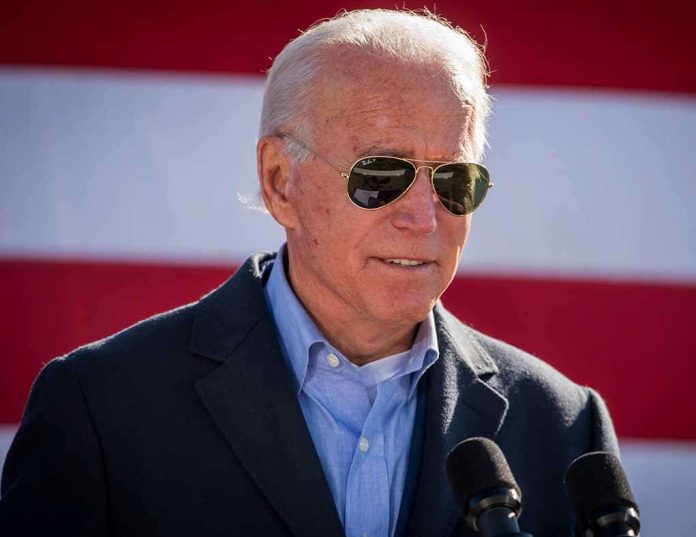 (RightWing.org) – Presidents wield extraordinary power when it comes to foreign policy. Former President Donald Trump delivered crushing economic sanctions and tariffs to China’s doorstep. President Biden actually appears to agree with that policy, kept them in place, and added several new ones. However, unlike Trump, he also has set his sights on Russian trade.

The US Department of State recently issued a fact sheet discussing its decision to impose a second round of economic sanctions on Russia for using a deadly nerve agent on Alexei Navalny, an outspoken political rival to President Vladimir Putin.

Those new sanctions include a “policy of denial” of any new and pending permit applications for the permanent importation of any ammunition stored or manufactured inside Russia’s borders.

The restriction will go into effect on September 7 and will remain in place for a minimum of one year. But there’s another kicker. Russia must make restitution to Navalny and allow inspectors to confirm it isn’t making any preparations to use chemical weapons in the future.

It remains doubtful that Putin would ever agree with those terms, knowing his pattern of standing up to US threats and the Russian Federation’s past use of chemical weaponry.

We recognize the devastating implications these sanctions would have on individual gun owners amidst a national ammunition shortage. We are currently exploring administrative, congressional, and legal avenues to respond to these new sanctions.

Unquestionably, the sanction will have a ripple effect within the United States because a sizable portion (30 to 40% according to some estimates) of ammunition available for sale comes from Russia.

Could this be an effort on Biden’s part to skirt current laws and constitutional protections to restrict Americans’ access to ammunition?