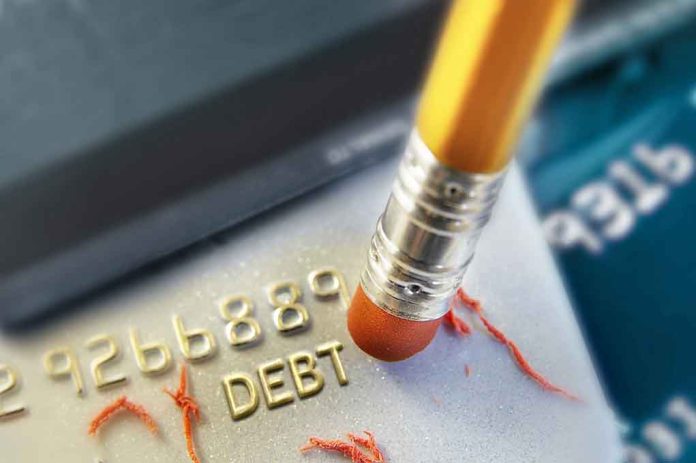 (RightWing.org) – For several years, Democrats have demanded the government forgive all student loan obligations. Over the last year, President Joe Biden said he would consider forgiving $10,000 but said Congress must authorize any amount over that. On Wednesday, August 17, the Department of Education (DOE) dismissed $3.9 billion in post-secondary education debt for over 200,000 borrowers. Still, this had nothing to do with general forgiveness. Instead, it was much-needed relief for borrowers defrauded by ITT Technical Institute (ITT.)

According to a report issued by the Project on Predatory Lending in February, ITT declared bankruptcy in 2016. The institution allegedly misinformed prospective students about its programs, transfer credits, and promises of jobs. The organization labeled ITT a predatory school, and the Biden administration agreed. It’s now forgiving nearly $4 billion in loans to borrowers who took classes there.

The private technical institute was based in Indiana. At its peak, there were 140 campuses spread out over the country. In 2018, the former head of the school, Kevin Modany, and chief financial officer, Daniel Fitzpatrick, paid $200,000 and $100,000 in respective fines to secure a settlement with the Securities and Exchange Commission (SEC). The government accused them of deceiving investors, though neither admitted they did anything wrong.

Borrowers who haven’t applied for a “borrower defense” to request a discharge of the loan do not have to do a thing. The DOE statement said the government would forgive all loans given to ITT students without any action from borrowers. The organization said it had forgiven a total of $32 billion in loans for 1.6 million borrowers since Biden took office in January 2021.

What About Student Loan Forgiveness for Everyone Else?

However, Cardona refused to answer questions about forgiveness for everyone with a federal student loan. On Tuesday, the education secretary told CBS News he is having daily conversations with the White House about extending the nationwide payment moratorium expiring on August 31. He stated he hopes to share a decision in the coming days.

Regardless, Democrats in Washington, DC, are pushing hard for up to $50,000 or total payment forgiveness. Still, there appears little appetite from the White House to oblige their wishes at this point.

Who will pay for the administration’s program to date or any amount in the future? If Biden follows through and lets borrowers off the hook for $10,000, the Committee for a Responsible Federal Budget (CRFB) reported it would cost the government $245 billion.

Every dollar forgiven would immediately add to the national debt. So, taxpayers — who didn’t assume the liability — would be on the hook to pay for it.

Be on the lookout for upcoming news about this issue. It’s sure to spring up in the coming days as the administration decides to extend the loan payment pause or forgive an amount of held indebtedness.