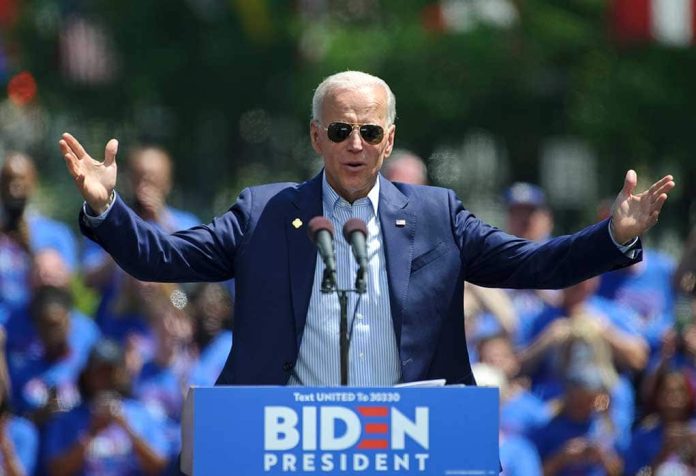 (RightWing.org) – You could almost hear Joe Biden’s sigh of relief in January as he lowered himself back into the familiar waters of the swamp. Now he’s got himself comfortable again, and it’s time to bring in a fresh load of slime.

The Biden admin also waived their own ethics rules for former lobbyists like Vanita Gupta, who was supposed to get a waiver for her DOJ role where she’ll oversee everything she previously lobbied on. https://t.co/gjKHPr4Og8 https://t.co/Pfbmfb3Rr2

The people who set up our government tried to keep it honest, so there are strict ethics rules in place. Remember how Donald Trump had to relinquish control of his businesses when he became president? That was because of ethics rules designed to prevent conflicts of interest. Now, though, President Biden has told the administration to waive those same rules for some of his top appointees – because they’re not even pretending they’d follow them.

Biden’s administration recruited many of its key figures from labor unions. The ethics rules say administrators can’t communicate with their old unions anymore once they take up their government appointments. The administration says people like Celeste Drake, appointed to lead Biden’s Made In America Office, can’t do their jobs without access to their unions. The question is, which job are we talking about: making things in America or using the unions’ political muscle to inflate the Democrat vote?