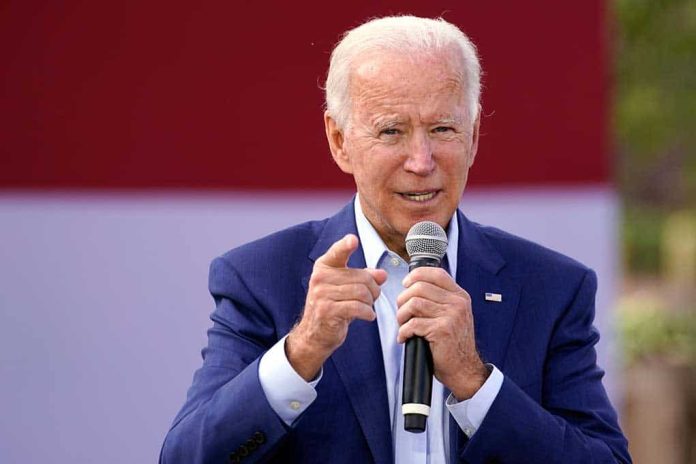 (RightWing.org) – Everyone knows to take campaign promises with a grain of salt, particularly when issued from a Delaware bunker. However, considering the fact that one of the central themes of Joe Biden’s campaign was to unify Washington, one might expect him to have made some progress in that direction by now, right? Well, that’s certainly not what’s happening.

Nope, it seems that Mr. ‘I know how Congress operates… after all, I’ve served since around the time electricity was invented’ either doesn’t know how to reach across the aisle and get things done in a bipartisan manner, or doesn’t care enough to give it the ole retirement village try.

Time for Plan B

On April 12, Fox News reported on Biden’s latest strategy to deflect blame onto Republicans. He’s decided to redefine the meaning of “bipartisan.” He’s claiming he has widespread support from Republican voters and GOP legislators are the ones who don’t want to respect the wishes of their base and work across the aisle with him.

One of his senior advisers echoed that point, telling The Washington Post that if you look up “bipartisan” in the dictionary, “it doesn’t say” that Republicans have to be members of Congress.

Barack Obama’s former chief of staff, Rahm Emanuel, all but admitted their strategy. Bipartisanship isn’t about getting Republicans behind your policies anymore, he claimed. It’s about getting “Republican voters… mayors and governors” to back your policies.

Epic, huh? Perhaps, but only if you put the word fail behind it — as in “epic fail.”

Perhaps it’s time for Biden to focus his attention on ending the pandemic and restoring the nation’s economy instead of trying to rewrite the dictionary!