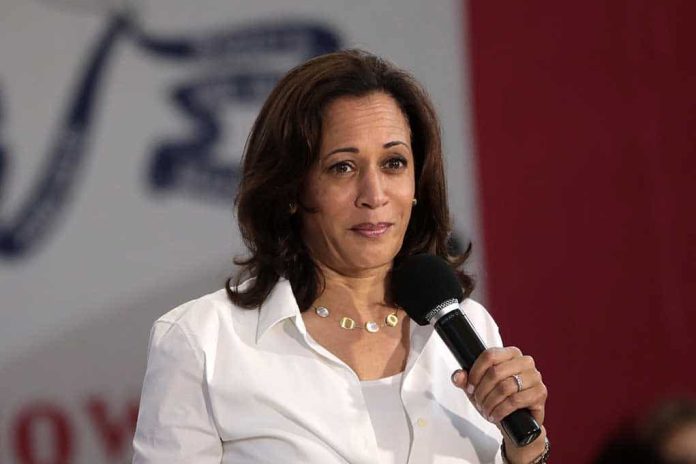 (RightWing.org) – It seems President Biden has finally admitted there’s an illegal immigration crisis at our southern border. Now he’s put Vice President Harris in charge of fixing it. That’s going to be interesting because until a couple of days ago, she wouldn’t admit there was a problem either.

On March 24, Biden announced that Harris would be leading a diplomatic effort to persuade Central and South American countries to take back their people and strengthen border enforcement. Arizona Governor Doug Ducey (R) immediately blasted her appointment, saying, “At no point in her career has she given any indication that she considers the border a problem.”

Joe Biden and Kamala Harris created the border crisis by:

-Stopping construction of the border wall

Harris said she planned to tackle the “root causes” of illegal immigration, suggesting she’s likely to focus on persuading Latin American countries to stop the traffic and leave the border itself in chaos. The really worrying thing, though, is that when Joe Biden’s administration faced its first crisis, our president’s immediate response was to hand it over to the woman many fear is sneaking into the White House through the back door.