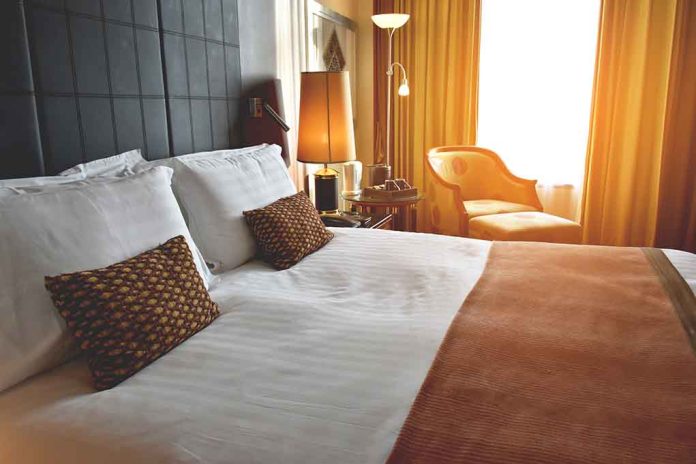 (RightWing.org) – A new report by government inspectors reveals the Biden administration wasted millions of dollars through mismanagement of the southern border crisis. The report claims the administration spent money on hotel rooms nobody ever used. It also hints that Biden’s policies put us all at greater risk from COVID.

On April 12, the Inspector General’s office of the Department of Homeland Security (DHS) published a report on spending by Immigration and Customes Enforcement (ICE). The report revealed that ICE “did not adequately justify the need” for an $80 million contract with non-profit Family Endeavors to provide hotel accommodation for immigrant families. The agency spent around $17 million of this money on rooms and services at six hotels that “went largely unused.” In other words, taxpayers were paying to rent empty hotel rooms.

The report questions why ICE didn’t seek multiple bids for the contract, but the answer may have been out there for a year. Last April, media outlets reported Family Endeavors had hired a former DHS policy adviser from President Biden’s transition team just before receiving the contract.

As well as the waste of money, the report also criticized Family Endeavors and ICE for ignoring COVID safety protocols when dealing with immigrants, potentially risking the health of US citizens. Why has the Biden administration been so keen to impose draconian restrictions on the American people while being so careless when allowing potentially infected illegals into the country? Were the restrictions always more about control than health?