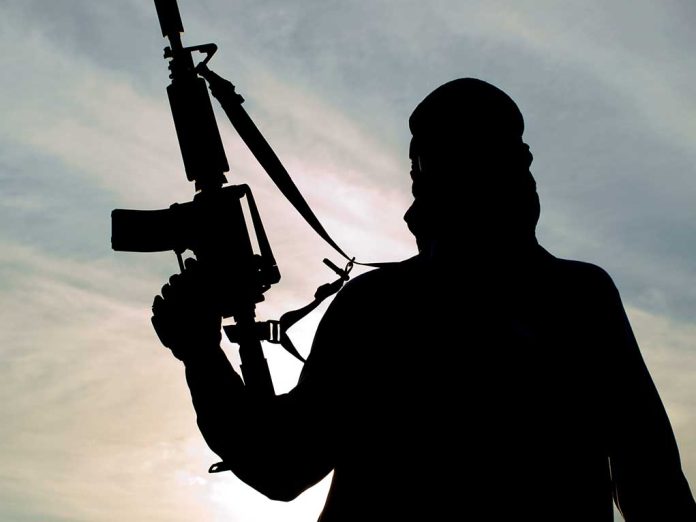 (RightWing.org) – Nobody should need to be reminded why it’s important to keep terrorists out of the US. The 9/11 attacks, the Boston Marathon bombing, and many other atrocities have shown what happens when criminals like these make it through our borders. So, why has the Biden administration just deliberately relaxed the rules that help keep us safe?

New Rules Have No Exemptions

In late June, the State Department and Department of Homeland Security (DHS) quietly published a revision of immigration law that bans people with terrorism links from the US. Now, foreigners who gave “insignificant material support” to terrorist groups will be allowed to legally enter the US. Guidance in the Federal Register says examples would be people who gave “humanitarian assistance” to terrorist groups or carried out “routine commercial transactions” for them.

According to a State Department spokesman, the change was made to allow Afghans into the US who might have inadvertently worked with terrorist groups to escape the chaos left behind by the Biden administration’s withdrawal from their country last summer. However, the amended rule doesn’t mention Afghanistan at all, and former Trump administration official Gabriel Noronha, an expert on Iran, said that whoever drafted the new law “made no serious effort” to limit its impact to that country.

Now, immigration experts worry that the new rule could be used to let supporters of al Qaeda or Iran’s Islamic Revolutionary Guards Corps (IRGC) into the US. The new version refers to “designated terrorist organizations” without listing any exceptions, and that means it can be applied to supporters of any designated terrorist organization. In other words, if someone had worked for the IRGC, that now doesn’t bar them from entering the US and “obtaining immigration benefits.”

There are limits on the sort of activity that’s covered by the new law. For example, the rules say that foreigners who want to enter the US can’t have provided support that “targeted noncombatant persons, US citizens, or US interests.” They can’t have provided weapons, ammunition, or explosives. However, the law does allow them to have given support for “family, social, or cultural” reasons.

Why Is This Happening?

The administration says the rules won’t allow anyone who’s had terrorist training to enter the US; they insist the change is aimed at “those tangentially tied to terrorism.” However, what they can’t explain is why we would want people with tangential ties to terrorism in this country. When The Washington Free Beacon asked why the rules don’t exclude people with IRGC links, a spokesman responded, “We have no further information or comments to share.”

Republican lawmakers have expressed their concerns about the new rules, Representative Pat Fallon (R-TX) accused the administration of “bending over backwards[sic]” to the Iranian regime, while Representative Mike Waltz (R-FL) said the concession is about “appeasing terrorist groups.” It’s certainly strange that when we already have a border security crisis, Biden is actively removing controls on who comes into the country — even terrorists.