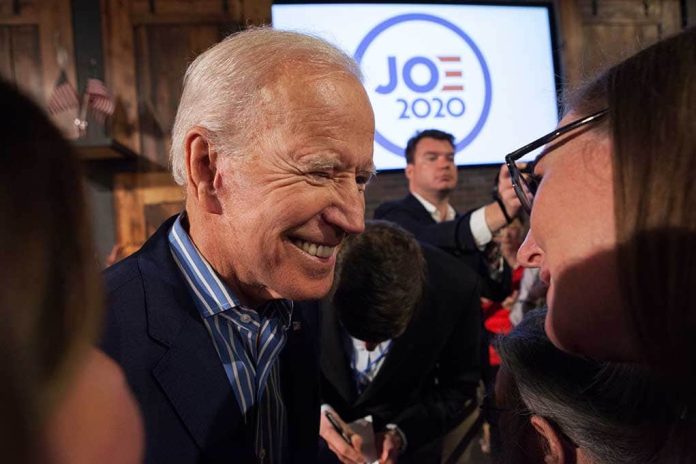 (RightWing.org) – It seems like the culture wars are never going to end. It started in the late 1990s as leftists attacked Christmas and threatened companies, or virtually anyone, who wished others a Merry Christmas. Slowly, the issues became larger and larger, and Democrats hijacked them and turned them into what’s called “identity politics.”

Essentially, identity politics is targeting groups of people based on race, ethnicity, economic, or social status and mobilizing them for political gain. It’s the worst kind of politics imaginable. It ultimately creates, embellishes, or wrongly takes advantage of injustices. Some claim that Joe Biden doesn’t want any part of the culture war. However, a look at his policies and nominees suggests otherwise.

Biden Is at the Center of the Culture War

Biden is a capable politician who is adept at saying two things at once without getting caught in the contradiction. When he does, the media covers for him. During the 2020 general election, the then-presidential candidate said he was moderate on the one hand. On the other hand, he said he would become the most progressive president in US history. The latter is definitely turning out to be true.

To see how he’s playing the culture war, all one needs to do is look at his policies, actions, and nominees. It tells a frightening story of how he’s using identity politics to fulfill former President Barack Obama’s dream of “fundamentally transforming America.”

On his first day in office on January 20, Biden signed the “Executive Order on Preventing and Combating Discrimination on the Basis of Gender Identity or Sexual Orientation.” What the order did was force federal agencies to re-interpret anti-discrimination laws against transgender students. By creating equality for some, it stripped equality for all.

If a biological male identifies as female, that person can participate in girls’ sports. Doing so harms opportunities for girls to win in sports, win titles, and earn scholarships.

If the transgender EO wasn’t enough, moments later, Biden signed the “Executive Order on Advancing Racial Equity and Support for Underserved Communities Through the Federal Government.” Pay close attention to the title and it says all you need to know. Biden aims to ensure the government decides who the winners and losers are based on race.

In short, “equity” is code for people who don’t have “privilege.” Under this directive, the government can decide who gets a job, promotion, or who gets admitted into college.

Becerra Nomination for Secretary of Health and Human Services (HHS)

Biden nominated extremist California Attorney General Xavier Becerra to serve as the head of HHS. He is an extreme supporter of abortion. Note the word “extreme.” It’s odd that the person being nominated to serve as a Cabinet secretary for a health agency tasked with saving and preserving lives is an abortion extremist and crusader of identity politics himself.

While President Biden and his administration claim the emerging crisis on the southern border is just a “challenge,” the situation reveals something much worse. Last week, immigration authorities said they were forced to let the illegal immigrants loose into the country even though they tested positive for COVID-19.

The reversal of Trump policies that closed the border and kept migrant waves away isn’t just bad immigration policy. It’s a cultural and political issue. Some are right to be skeptical that it’s a ploy by Democrats to expand their voter base and earn a permanent majority where conservatives can never win an election again. It’s a terrible form of baiting people and promising them false hope while they’re breaking the law. In the meantime, the ones who prosper are the drug, sex, and human traffickers.

In doing so, he’s changing America’s economic and social fabric.