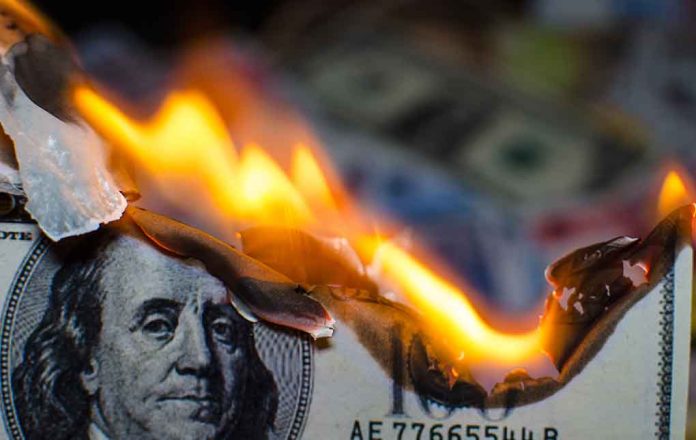 Biden Is Spending $1.5 MILLION On This “Transgender” Project

(RightWing.org) – Although ordinary Americans are buckling under the pressure of inflation, the Biden administration has decided to blow another $1.5 million on supporting transgender convicts. There aren’t actually all that many transgender inmates in federal prisons, so the support seems on the generous side.

The Biden Administration has spent $1.5 million on a "transgender programming curriculum" for inmates locked away in federal prisons.https://t.co/kB4oaLpfuO

Since taking office, the Biden administration has launched a big push on its pro-trans agenda. State attorneys general have been ordered not to restrict controversial hormone treatments for minors. The State Department has ruled that individuals can choose to have a meaningless “X” on their passport instead of an actual gender. And, last May, the Justice Department quietly awarded a $1,496,500 contract for a “transgender programming curriculum” for federal prison inmates.

In September 2021 the Department of Justice estimated there were around 1,200 transgender inmates in the US’ 122 federal prisons. That comes to around $1,247 per inmate — more than the $1,200 stimulus checks Americans received in the first round of COVID relief spending.

The money went to Nevada-based consultancy firm The Change Companies, but DOJ officials advised them to ask left-wing trans activist groups for assistance. Meanwhile, female inmates are facing a string of sexual assaults from biologically male convicts who “identify” as female. Victims say prison staff favor trans inmates whenever there’s a sexual misconduct case — and investing this amount of money in the trans agenda makes it look like they’re right.