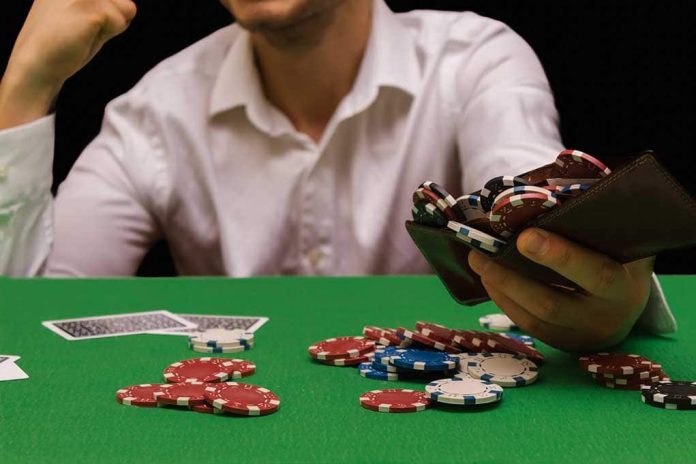 (RightWing.org) – Over the last year, the federal government authorized over $4 trillion in spending to bolster the economy to keep it from collapsing. Many argued state governments didn’t have much of a choice as lockdowns were put in place to prevent the dire spread of COVID-19. Now, the Biden administration and congressional Democrats want to spend trillions of dollars more on infrastructure and other big-ticket liberal wishlists.

The trillions of dollars in government spending and shutdowns come with consequences. In early March, economists expressed concern that when the economy emerged from the shutdowns and life began to return to normal, the economy would heat up as demand for products and services outpaced the supply. It’s a proven economic theory that President Joe Biden doesn’t appear to embrace. Instead, he thinks there is something else going on that’s driving prices to rise on everything from gas to groceries. Lumber prices are exploding, and the cost of homes is pushing higher.

The question is, is Biden gambling with your wallet?

Biden either knows something that many economists and consumers don’t know, or he’s in complete denial. In April, economists predicted that the economy would add approximately 1 million jobs. It didn’t even come close; it produced a measly 266,000.

On May 22, the president tweeted that the economy is growing faster than it did in nearly 40 years. That’s not saying much in reality. Of course, it did, but it had nothing to do with him or anything other than good old-fashioned common sense. If tens of millions of people are out of work due to lockdowns, it’s not hard to add many of those jobs back. In turn, it looks like a massive spike in new employment and economic activity that closely follows the job growth.

Biden and his economic advisors believe that the price increases at the pump, grocery store, and virtually everything you buy are temporary. He said the rescue packages that provided $1,400 in stimulus checks are working.

For now, the administration and Federal Reserve say they are focusing on jobs. However, while doing that, they can’t control consumer prices as trillions of dollars begin to flood into the economy from the government.

Both the president and Feds appear to be ignoring basic lessons taught in macroeconomics in high school and college. They appear to believe that the pandemic bent the rules, and that tried and true economic theories don’t apply right now. That simply defies logic and common sense.

Their refusal to acknowledge the free market at the expense of government control, combined with flooding the economy with trillions in cash, is driving prices up as demand outstrips supply.

If Biden’s wrong, the consequences could send America back to the 1970s when interest rates on homes were near 20%, and gas lines were miles long. His theory is a gamble.

It’s your wallet he’s betting with. We have no choice but to hope he’s right.