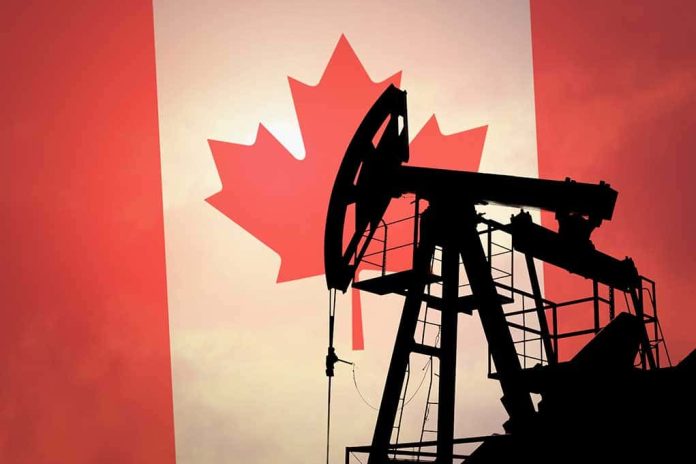 (RightWing.org) – It hasn’t taken long for President Biden to begin alienating our allies. On Wednesday, January 20, within hours of taking office, Biden canceled a major US energy project to the dismay of our northern neighbor Canada.

The Keystone XL oil pipeline was approved in 2017 by President Trump and would have carried 800,000 barrels of oil a day from Alberta’s oil fields to refineries in Nebraska. Now the entire 1,700-mile pipeline has been canceled as part of Biden’s extreme green agenda.

Canadian prime minister Justin Trudeau’s response was to say that while he “welcomed” Biden’s commitment to environmentalism, he was also extremely disappointed by the decision to ax the pipeline. Alberta premier Jason Kenney said he was “deeply disturbed” and called it a “gut punch” to Canada’s economy.

As well as being a close ally, Canada is the US’s largest energy supplier. That won’t change with the end of Keystone XL, but it does mean a lot of Canadian oil will have to be inefficiently moved in tanker trucks, causing unnecessary pollution for the sake of a political gesture.