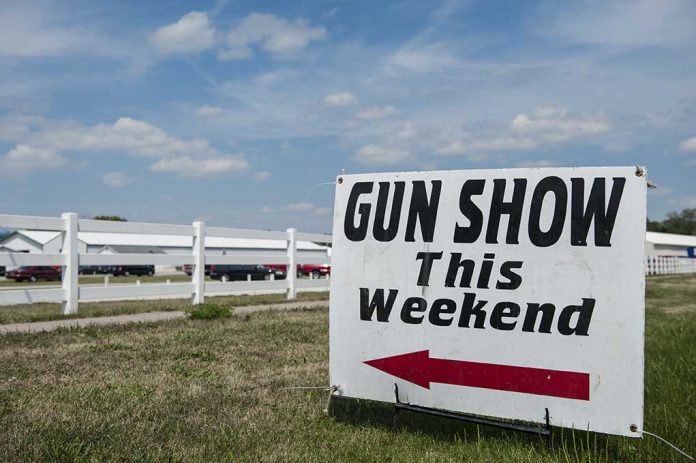 (RightWing.org) – For many Americans, attending a gun show is as American as apple pie, and so is legally owning a gun. However, buying one comes with numerous regulations and rules, and the Second Amendment is the most regulated of all the amendments enshrined in the US Constitution. There are so many regulations that perhaps the President of the United States is confused about the laws that govern how people buy and sell guns.

On Thursday, April 8, President Joe Biden wrongly stated that anyone could attend a gun show and buy any gun one wants without a background check. However, if one is purchased at a store, a background check is required. Biden tried to connect the dots that, somehow, there was a loophole to buying a gun without registering it at a gun show. However, that’s not true. In fact, he must have been confused based on what his press secretary told the media.

Was Biden Confused, or Did He Lie?

For years, Democrats dogged what is known as the “gun show loophole.” Currently, federal law requires licensed vendors to conduct a background check of anyone who wants to purchase a firearm. It doesn’t matter where the purchase occurs. It could be at a gun store or a gun show.

The loophole Democrats complain about allows private individuals to sell a personal gun without a background check. It matters not where the sale occurred. Private transactions between gun owners are often made at a gun show where it’s convenient and secure to meet with like-minded people.

So, the question is, was Biden confused, or did he misspeak on purpose?

Not even an hour after the Rose Garden speech, White House Press Secretary Jen Psaki added to the confusion. A reporter asked her, “Is it the president’s belief that you do not have to undergo a background check when you are at a gun show?”

Psaki responded, “No, it’s not his belief.”

Clearly, the press secretary was not prepared for the question. Her response made it appear that Biden didn’t know what he was talking about. Either he believes what he said, or Psaki believes he doesn’t believe what he said.

It can’t be both.

The Biden administration is earning a reputation that the one hand doesn’t know what the other hand is doing. During the 2020 general election, Biden said the words of a president mattered as he clobbered former President Donald Trump repeatedly.

Do those words matter if a president doesn’t know what he’s saying?