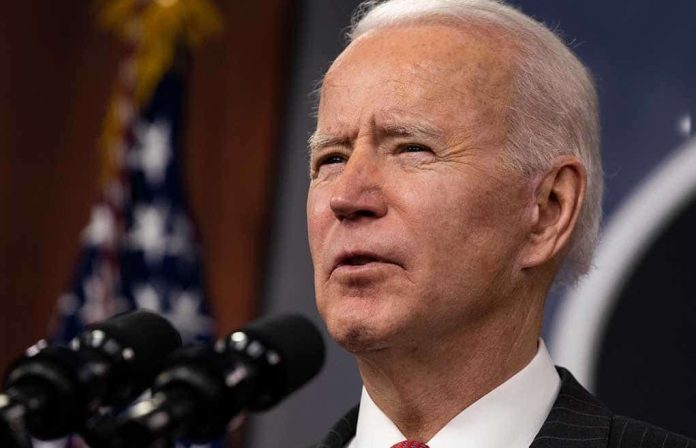 (RightWing.org) – Democrats love to demonize people who work their way up from the bottom to earn every bit of wealth they accumulate. Instead of rewarding entrepreneurs and business people who take risks, hire people, and end up becoming very wealthy, the Left uses catchy phrases to suggest they need to “pay their fair share” without ever defining what that means.

Then there’s this … lawmakers often create legislation with loopholes. Sometimes, it’s on purpose to benefit themselves and those who know how to find them. Joe Biden was no exception as a US Senator. However, instead of acknowledging the legality of loopholes, Democrats routinely criticized former President Donald Trump for taking advantage of the tax code for his benefit. They held Congressional hearings to suggest that Trump broke the law when he didn’t. Now, the Bidens are being called out for a legal scheme to avoid paying half a million dollars in taxes, and one Republican is promising hearings in the near future.

As Biden moves to spend $2 trillion for a supposed infrastructure deal, he’s proposing massive tax hikes to pay for it. To be clear, there’s absolutely nothing wrong if someone legally takes advantage of loopholes in the tax code. However, what’s wrong is criticizing those who did while doing the same thing. It’s even worse to suggest someone is breaking the law when they’re not.

It appears that Biden is the gift that keeps on giving to the GOP. While recently promoting his infrastructure proposal, the president complained that 1% of Americans saw their wealth go up by $4 trillion. What he didn’t say was more important: he was one of the benefactors. Nonetheless, that didn’t stop him from criticizing loopholes and deductions that people and businesses use to avoid paying taxes legally.

According to a letter written by Republican Study Committee Chairman Rep. Jim Banks (R-IN), Biden is nothing short of a hypocrite. Banks referenced a 2019 Wall Street Journal report showing Biden made $13 million through 2 S-corporations in 2017, 2018, and 2019 after he left the vice presidency. Using the shell companies, the Bidens avoided paying $500,000 in self-employment taxes on Medicare and Obamacare.

While Biden accuses his fellow wealthy friends of doing what he does himself, Banks asked if the president intended to undo his hypocrisy and write a check to the Treasury Department. If not, the Indiana Republican warned Biden that, when the GOP takes back the House in 2022, he can expect the same treatment Democrats gave Trump. Hearings — and lots of them.

Don’t expect Biden to live up to his ideology. It’s a staple of progressive politics that they should never pay for something if they can get the masses to do it instead.

If the GOP takes the House back in 2022, the Biden agenda could get stifled as it’s mired in hearings.

Would that really be a bad thing?