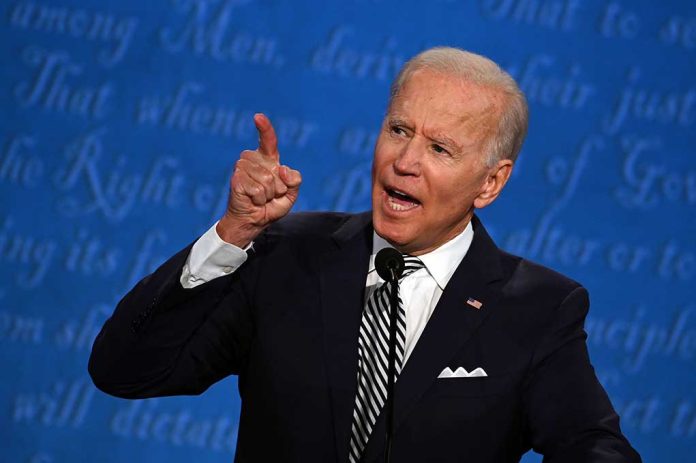 (RightWing.org) – President Biden upset the diplomatic applecart on Tuesday by accusing Russia of committing genocide in Ukraine. Russia reacted furiously to the accusation, but, for once, the evidence is on Biden’s side.

On April 12, Biden was discussing inflation during a speech in Iowa when he suddenly took an unscripted swerve into foreign policy and told the audience their personal finances shouldn’t “hinge on whether a dictator declares war and commits genocide half a world away.” The meaning was clear in an unusual twist for an unscripted Biden comment, and a diplomatic firestorm ensued.

French President Emmanuel Macron immediately condemned Biden’s words, claiming the Russian and Ukrainian peoples “are brothers.” However, Ukrainian leader Volodymyr Zelenskyy immediately backed up Biden’s statement and said, “Calling things by their names is essential to stand up to evil.”

Russia’s reaction was predictably harsh. Kremlin mouthpiece Dmitry Peskov slammed Biden’s statement, claiming it was “unacceptable” to use the word genocide even though Vladimir Putin has openly denied the existence of Ukrainians as a people.

Meanwhile, even though Biden went off his approved script with his words, the US government rallied behind the president. White House spokeswoman Jen Psaki said Biden could voice his opinions whenever he likes as the leader of the free world.

Obviously, he can, and it’s hard to say he’s wrong about this.