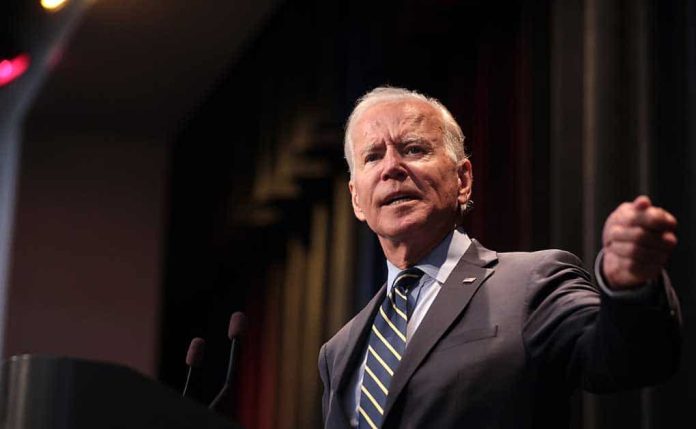 (RightWing.org) – After months of protests and riots, the country should return to normal now that Derek Chauvin’s murder trial is over, right? Nope. Chauvin’s April 20 conviction for George Floyd’s death unleashed an abundance of cringe-worthy suggestions about what to do next. As one might expect, President Biden politicized the situation to push his leftist anti-police agenda.

He couldn’t wait to call Floyd’s family and lawyer to promise to use Chauvin’s conviction to push the George Floyd Justice in Policing Act through Congress. “Not just that,” Biden said in the call, “but a lot more.”

Not yet satisfied, he gave a nationally-televised address calling for passage of the outlandish bill. Of particular concern is the proposed legislation’s call to end no-knock warrants in drug cases.

He must be kidding. As former Eagles frontman Glen Frey wrote in his hit single “Smuggler’s Blues,” it doesn’t matter if a dealer is selling “heroin, cocaine, or hash,” they “got to carry weapons” because they “always carry cash.”

How many innocent lives could be lost if his proposed bill passes and forces cops to knock on a drug dealer’s door and announce themselves?