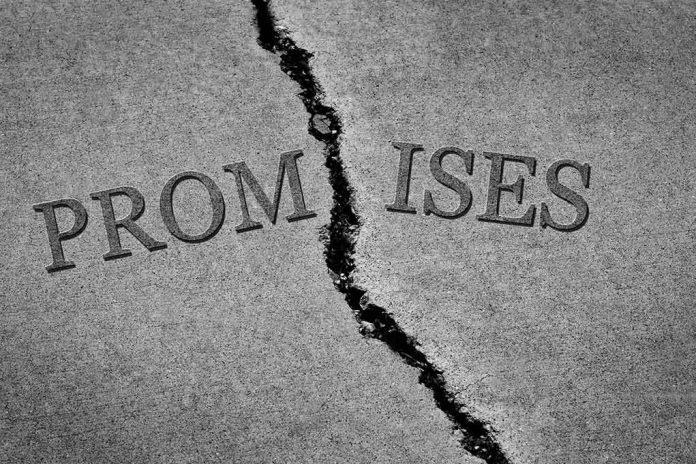 (RightWing.org) – In a 1988 campaign speech by Vice President George HW Bush, the Republican nominee for president told the country he would never support raising taxes. He was contrasting his tax policies with the Democratic Congress’ declaration it intended to do so to bring down the national debt. In a statement still heard to this day, Bush declared, “Read my lips. No new taxes.” A few years later, Bush compromised with Congress and increased taxes. Angry over the action, many historians believe it was the core reason he lost to Democrat Bill Clinton in 1992.

At that time, Joe Biden was a US Senator. That’s why his continued statements he will not raise taxes on anyone making less than $400,000 was a non-starter as he seeks to pass his semi-socialist Build Back Better proposal in Congress. Yet, here we are… the Tax Policy Center says that legislation, as written, would raise middle-class taxes between 20% and 30%.

Tax Increases on the Middle Class

So, what did the Tax Policy Center determine? It said that low and middle-class households would pay an extra $100 or less on average. Those making between $200,000 to $500,000 would pay $230 more. However, over time the tax burden would shift. In 2023, monthly Child Tax Credit payments will end, as would one of the largest tax hikes on corporate minimum tax. Democrats also included tax hikes on nicotine products that would impact the lower and middle-class.

The Taxpayer Policy Center concluded that taxes would go up on the middle-class, violating Biden’s pledge.

While Democrats debate spending another $1.75 trillion after passing the bipartisan $2 trillion infrastructure plan on November 5, inflation is skyrocketing. Some economists say that inflation is a hidden tax, and the trillions of dollars that Congress and the Federal Reserve are pumping into an already overheated economy is largely to blame.

Whenever you purchase a car, gasoline, home, groceries, or anything else, the Treasury Department benefits with unexpected cash in its coffers. Guess where the money came from? You got it… you.

So, will Biden and Democrats pay for their promises like Bush did in 1992? If the Virginia election on November 2 was a bellwether election, that could be the case. The number one issue for voters in exit polls was the economy.

Whether or not Democrats pass their massive social and climate proposal, the fact that someone inserted the tax increases into the bill is enough for Republicans to point the finger at Democrats. Voters are already agitated, so it could be just enough to put them over the top heading into 2022 and 2024.

Only time will tell for certain.