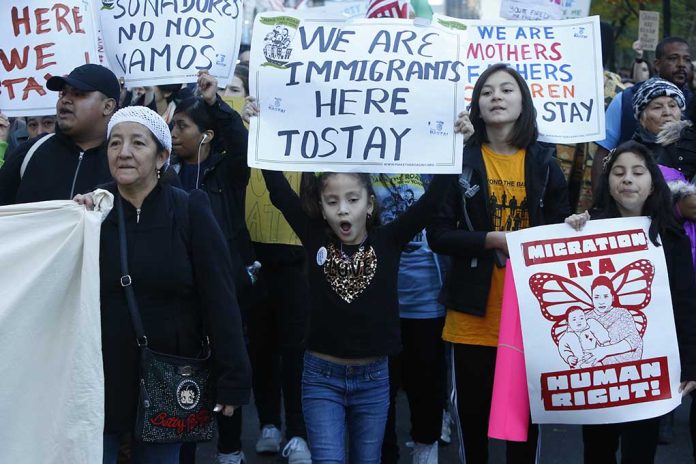 (RightWing.org) – As we reported earlier this week, a caravan of thousands of Hondurans is working its way northward in hopes of finding refuge in the United States. The Trump administration cracked down on illegal immigration by enacting aggressive policies and practices to strengthen the nation’s southern border.

However, immigrants see a window of opportunity with the incoming Biden administration. On January 20, Biden’s acting Homeland Security director issued a directive ordering a 100-day halt to deportations of illegal immigrants in an interagency memorandum.

The Department of Homeland Security announced a 100-day pause on some deportations while it considers new enforcement priorities.

This pause applies to illegal immigrants already in the country, including convicted criminals and those awaiting trials. It goes into effect on Friday, January 22, and will likely serve as a green light to even more illegal immigrants to head towards the United States.