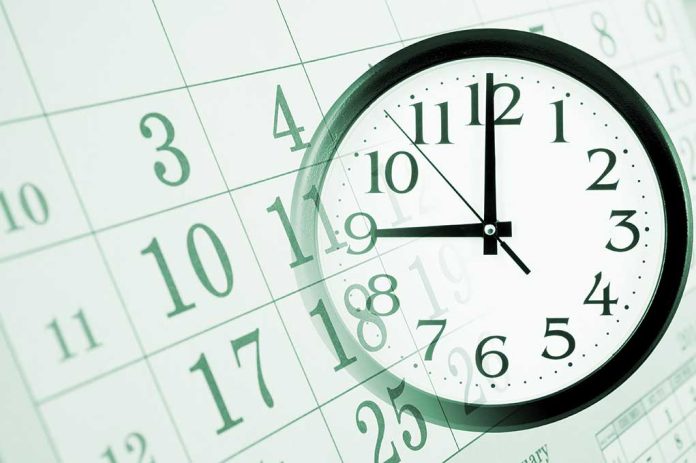 (RightWing.org) – Every year, the federal government releases a report on how many illegal immigrants have been arrested and deported. Every year since at least 2011 that report has been issued by the end of the calendar year. We’re still waiting for the 2021 edition, though – so where is it?

ICE fails to produce annual report for first time in more than a decade!https://t.co/3XzCUKNznx

Questions are being asked on Capitol Hill about why Immigration and Customs Enforcement (ICE) hasn’t released its 2021 annual report yet. In fact, it’s not even clear if the agency has completed it. Last week, a spokesman told reporters a release date hasn’t been decided yet. Now, some conservative legislators are getting suspicious.

Senator Josh Hawley (R-MO) said last week, “During record-breaking levels of illegal immigration, DHS and ICE have taken steps to dismantle interior enforcement operations” – and speculated the administration wants to hide the impact of its disastrous immigration policies. He said he’s been demanding transparency about the effects of Biden’s immigration agenda, and added that if ICE is deliberately delaying the report, “it’s safe to assume it doesn’t show any improvement; it shows failure.”

Former ICE chief Jon Feere says it’s “absolutely shocking” the report hasn’t been released yet. Meanwhile, another ICE source said it’s possible that “White House dysfunction” could be causing the delay, speculating that left and moderate wings of the administration are fighting over how to present bad figures. It doesn’t really matter why the report is delayed, though. The important thing is that the American people have a right to know how well (or poorly) ICE is doing – and, right now, we don’t.