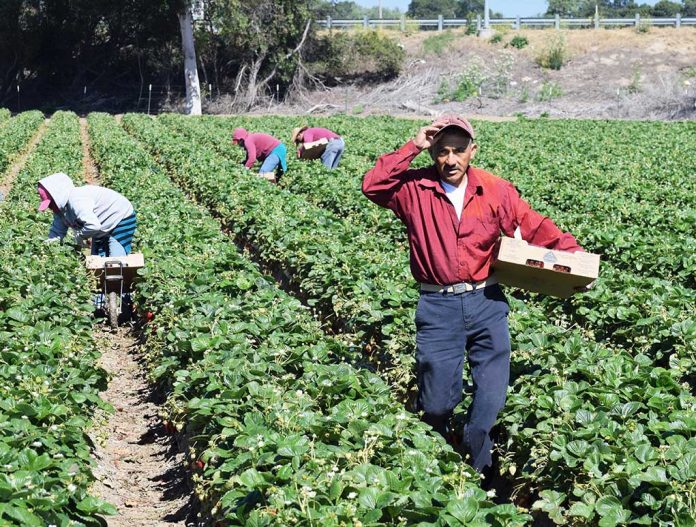 (RightWing.org) – The stunning hypocrisy of the Biden administration is on full display once again. On Tuesday, October 12, Department of Homeland Security (DHS) Secretary Alejandro Mayorkas demonstrated the extreme radicalism of the administration. It’s a theme that has Biden in hot water with voters as his administration fails to recognize that the majority of the public disapproves of his agenda. All one needs to do is look at his collapsing poll numbers.

Immigration has been a chronic problem for the administration since Joe Biden’s inauguration day on January 20. As a large group of migrants makes their way up from the south once again, Mayorkas is ordering Immigration and Customs Enforcement (ICE) to halt mass deportation raids immediately. While the administration works to decriminalize illegal immigrants, Biden is racing to criminalize Americans who refuse COVID-19 vaccinations. Millions could lose their jobs over the coming weeks, effectively killing the rationale for the shutdowns in 2020.

In a memo to acting ICE Director Tae Johnson, Mayorkas said that the mass workplace deportation raids were not a good use of ICE’s resources. Instead, he suggested the government should be focusing on exploitative employers. The secretary is only half right. The government ought to be focusing on both illegal workers and exploitative employers. It shouldn’t be one or the other.

It’s the same mindset that created the defund the police movement in big liberal cities. Criminals are getting away with evil deeds under the guise of eliminating bad cops. In Mayorkas’s mind, ICE and Border Patrol agents are the bad guys preventing illegal immigrants from pursuing their life dreams. It seems everything these days is upside down. So, America will forgo enforcing the law to satisfy the feelings and needs of people who break the law.

Let’s contrast the above with how Biden has treated unvaccinated people he’s grown impatient with over the last several months. Millions of people will likely lose their jobs if they refuse to get vaccinated in the coming days, weeks, and months. While there isn’t a criminal penalty, he has essentially created a non-criminal justice code. If you don’t get the shot, you could lose your right to work. Losing your right to work also means you lose your employer-based healthcare.

Let’s get this straight. In 2020 and most of 2021, the CDC argued that eviction moratoriums were needed to keep people off the streets and in their homes. They argued that people on the streets spread COVID-19 more readily and quickly. Yet, depriving people of work who vehemently don’t want the vaccine could result in the same thing. Once again, the edicts of the government set up society for the government to decide winners and losers.

According to the Fourteenth Amendment, no government can “deprive any person of life, liberty, or property, without due process of law; nor deny to any person within its jurisdiction the equal protection of the laws.”

So, the administration can ensure rights to non-citizens who don’t have Constitutional guarantees. At the same time, they can strip the rights of citizens for not following their edicts.

The world is upside down right now. Unfortunately, because Biden and his cohorts can’t seem to follow the Constitution, citizens will be forced to go to court to defend their rights against the government. Politicians are supposed to guarantee our liberties but seem more concerned with illegal immigrants.