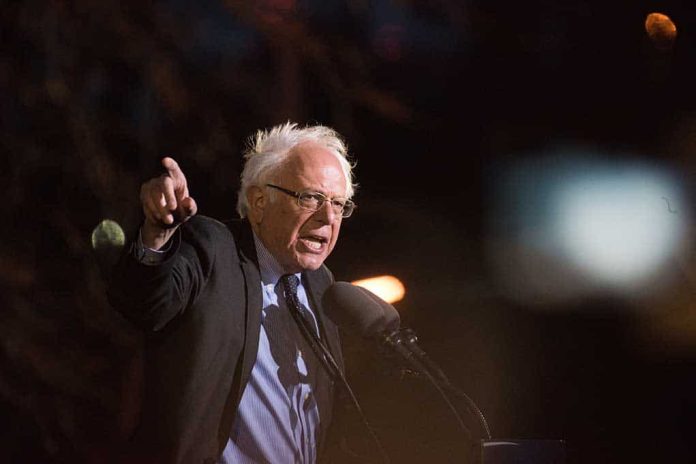 (RightWing.org) – Now that Democrats control both Congressional chambers and the White House, far-left loons have tried to take control and push their radical agenda. Failed presidential candidate Sen. Bernie Sanders (I-VT) is one of the worst offenders when it comes to pushing his “tax and spend” aims.

Sanders claims to be an Independent, but he caucuses and votes with Democrats. He has been pressuring President Biden and Democrats to wipe out past-due student loans, and now he’s going after tuition. On Wednesday, April 21, he introduced the College for All Act with the help of Rep. Pramila Jayapal (D-WA).

In the 21st century, a free public education system that goes from kindergarten through high school is no longer good enough. The time is long overdue to make public colleges and universities tuition-free and debt-free for working families.

Among other things, the plan would wipe out tuition at public four-year universities and colleges — as well as private, not-for-profit schools that serve minorities — for students from families who earn less than $125K per year. It would also create an additional investment by the federal government of about $10 billion to support student programs at “under-funded” schools. Community colleges and public trade schools would be fee-free for everyone, regardless of income.

Sanders proposes sticking Wall Street with the bill through tax increases and calls for the federal government to cough up 75% of the costs, with states picking up the rest. However, as everyone knows — Wall Street will end up passing the cost to consumers, and hard-working Americans will end up paying for Sander’s plan.