(RightWing.org) – Splits in the Democratic Party widened this week, with moderates and the far-left arguing over the party’s future direction. Several moderates have already criticized the radical wing for scaring off potential voters, with congresswoman Abigail Spanberger (D-VA) saying, “No one should say ‘defund the police’ ever again… Nobody should be talking about socialism.” Now antique socialist Senator Bernie Sanders (D-VT) has poured gas on the flames, insisting that socialist policies are what Americans want.

The American people want a government that works for all, not just the few. That’s the right thing to do, that’s the moral thing to do and, for the Democratic Party, that is the way to win elections.https://t.co/Kr7pAvUa31

In a USA Today Op-Ed on November 11, Sanders raged against “corporate Democrats” who, he claimed, were attacking policies like the Green New Deal and Medicare For All. While those policies would bankrupt the US and destroy the economy, in fact, they were barely mentioned by moderates; the anti-police movement backed by the far-left was the real gripe for the Dem mainstream.

Sanders claims radical policies are popular, despite the Democrat hold on the House having slipped badly at the election. Sounds like he’s pushing hard for a cabinet job if Biden wins the election. Most Democrats are probably privately relieved that the Republican-majority Senate is unlikely to ever confirm a socialist cabinet member. 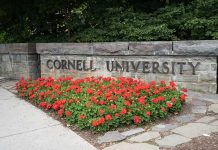 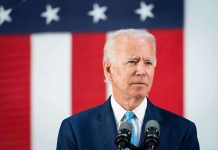