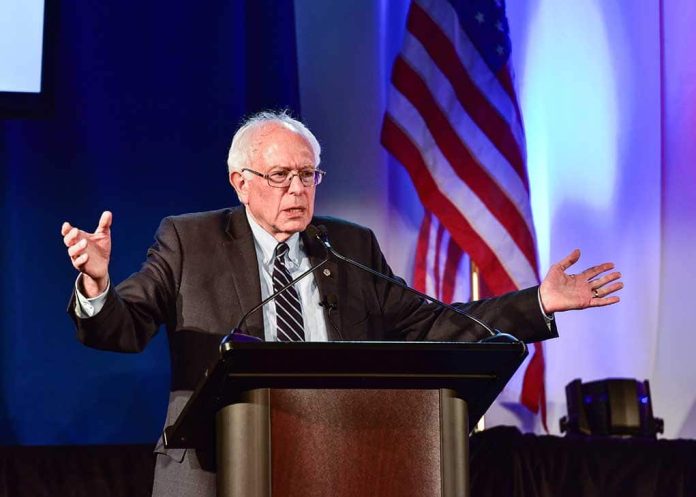 (RightWing.org) – Some say that only half of the $1.9 trillion COVID-19 relief bill is actually about the virus. It’s chock full of liberal special interests that Democrats are trying to pass through a budget process called reconciliation in order to avoid needing a single Republican vote. One of the controversial provisions is increasing the minimum wage to $15 per hour.

Last week, Senate Parliamentarian Elizabeth MacDonough determined that the provision violates the Byrd rule, which requires that reconciliation budget legislation only deals with specific budgetary issues. The minimum wage increase doesn’t fit the bill. Therefore, it must be stripped from the legislation. However, Senate Budget Committee Chairman and Democratic Socialist Sen. Bernie Sanders (I-VT) is defiantly reinserting it anyway.

On Monday, March 1, Sanders said he would not back down and would move forward with the minimum wage provision intact in the legislation. He stated that a Senate staffer shouldn’t be deciding on whether 30 million Americans get a raise. Because the parliamentarian is unelected, Sanders reasoned that the senate should ignore the rule.

Like most politicians, Sanders used hyperbole to support his position. Chief among them, Americans want the $15 minimum wage, and they shouldn’t be denied it. However, is that true?

It’s questionable if the half of the country that voted for Donald Trump wants the minimum wage to increase this high, destroy small businesses, and cause other economic issues. The raise also comes with a dark side that could cause more harm than good. The truth is the hyperbole is Sanders’ insecurity about the likelihood of the minimum wage provision passing.

One way or another, he plans to call for a vote on the controversial provision. If the socialist senator from Vermont can’t get the minimum wage included in the COVID-19 relief bill, he’s ready to throw a tantrum and call for ending the filibuster. Senate rules require a 60-vote threshold to pass legislation, except for reconciliation budget bills and federal court nominees. Sen. Elizabeth Warren (D-MA) agreed with Sanders and said the filibuster is causing the problems and ought to be eliminated.

Good Luck With That

However, on Monday, moderate Sen. Joe Manchin (D-WV) said that he would never support ending the filibuster and asked what his fellow Democrats don’t “understand about never?” To end the filibuster rule, it would require all 48 Democrats and the two independents that caucus with them to agree. If Manchin is not agreeable, the filibuster will not end.

The result is that the minimum wage provision can’t survive in the Senate. What that leaves Sanders with is a pulpit to cry from. The future of his signature legislation is in the hands of the Senate while he hopes for increases in the Democratic majority in 2022, and that the House remains in Democratic hands.

Good luck with that.