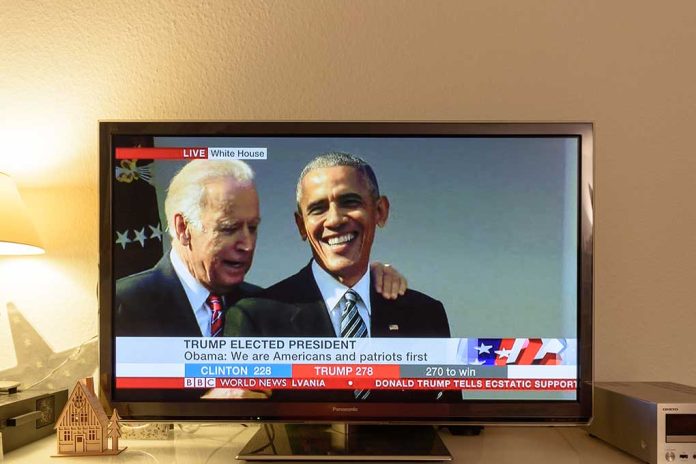 (RightWing.org) – Now we know who’s pulling President Biden’s strings! A June 1 interview with former President Obama revealed that Obama sees Biden as a continuation of his own presidency, with mostly the same people doing the same things.

Talking to the New York Times, Obama boasted that “Joe and the administration are essentially finishing the job.” He told columnist Ezra Klein that 90% of his administrative staff are back in government and continuing his policies.

Obama went on to say he hopes a successful Biden presidency will move America to the left, and he speculated that the COVID pandemic might have helped that process by making people more willing to accept government help.

Coincidentally, in a video from last December, Obama said that if he could make an arrangement where he could have a frontman in the president’s office while he dictated policy to them, “I’d be fine with that.” Well, it looks like he’s got his wish.