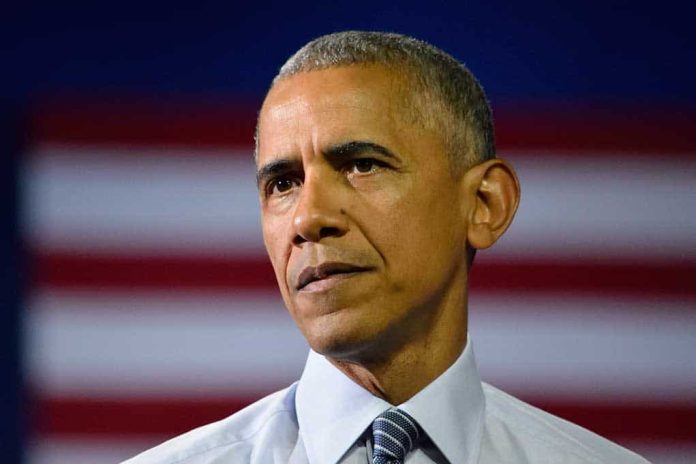 (RightWing.org) – It seems even former president Barack Obama isn’t impressed with the chaos his one-time sidekick has created at our southern border. In a new interview, he called the ongoing immigration crisis “heartbreaking” and threw out the open border ideology many on the Left support.

Former Pres. Obama tells @robinroberts he believes the migrant crisis at the border in Del Rio, Texas, is “heartbreaking” and thinks comprehensive immigration reform is needed to fix “a system that, overall, is dysfunctional.” https://t.co/qvCHWZLbfZ pic.twitter.com/AYRiUinfLw

On September 28, ABC News broadcast an interview with Obama focusing heavily on the situation along our southern border. The Democratic Party is currently tearing itself to pieces after an estimated 14,000 illegal immigrants broke through border defenses and built a shantytown in Del Rio, Texas.

When US Customs and Border Patrol (CBP) deported some of them, left-wing Dems lashed out at President Biden – who promptly back-pedaled, ordering a mass “catch and release” allowing thousands of migrants to disappear into the US.

Obama told ABC anchor Robin Roberts our immigration system is “dysfunctional,” and we need to “get serious about dealing with this problem in a systemic way” instead of just reacting to disasters like the Del Rio invasion. He continued, “The idea that we can just have open borders… is unsustainable.”

Unfortunately, many in the Democratic Party want exactly that, and they’re not listening to Moderate voices – not even Barack Obama’s.