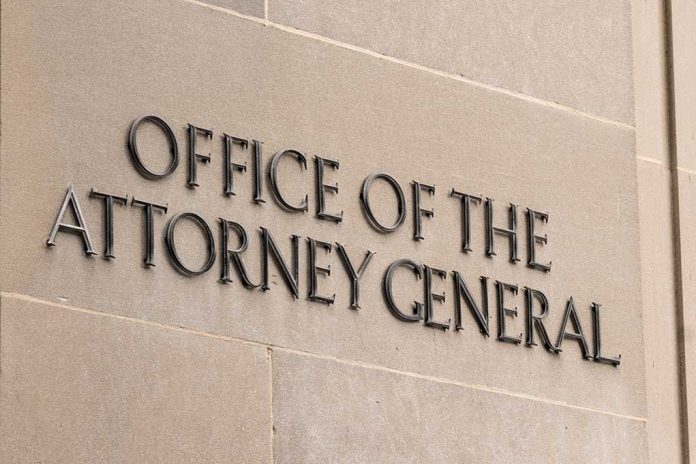 (RightWing.org) – Over the last year, major Democratic cities went on an all-out assault on police departments. Far-left Democrats were successful in defunding tens of millions of dollars or more in numerous big cities. In the wake of the issue, crime spiked significantly at the peril of local communities.

On Wednesday, June 9, Attorney General Merrick Garland met with the Senate Appropriations Subcommittee to discuss the DOJ’s budget. Several GOP Senators specifically asked the AG about defunding the police and its harm to communities. Shockingly, Garland bucked the Left and set up the Biden administration to be in direct conflict with the president’s more progressive supporters and members of Congress.

Garland Pushes Back on Defund the Police

Several notable tidbits came out of the question and answer time between senators and Attorney General Garland. Garland’s answers likely put the Democratic administration at odds with the left-wing of the party, and it could cause significant harm to their 2022 chances of holding on to the House and Senate. The AG’s answers are also likely to bolster Republicans who are putting political pressure on over 40 moderates they’re targeting in the House in the runup to the 2022 midterm election.

Sen. Lindsey Graham (R-SC) asked Garland if he personally believed there was a spike in violent crime in the United States. He emphatically stated that the rise in violent crimes since mid-2020 was serious and significant. Graham backed up that assessment by stating that homicides were up in Atlanta 59%, Chicago 56%, Houston 42%, Portland 800%, and Los Angeles 127%.

As crime rises and police are under the gun from local politicians, some are leaving the force. Making matters worse, cities aren’t filling the empty slots, and the workload on those left behind is piling up. Graham asked if the Left’s rhetoric was reducing police capability and contributing to the problems. After much back and forth, Garland stated, “this Justice Department, this administration, does not believe in defunding the police. We believe in supporting the police.” He added that community policing is extremely important, and that trust between police and communities is “essential to stop violent crime.”

Is the Left Getting the Memo?

Is the Left watching what the Democratic administration is asking for?

In the end, the federal government has no control over local communities. That’s up to citizens to vote for local officials who have their best interest at heart. However, in this case, the DOJ can apply indirect pressure on local governments.

The GOP is all too willing to make the point they are fully backing law enforcement and listening to the will of the people regarding crime and public safety. In 2020, the issue helped House Republicans successfully defend every seat and pick off several moderate Democrats to give the Left the smallest majority in the House in nearly a century. Moderates on the left warned their party things could get worse for them if Democrats don’t stop defunding the police and talk about the issue.

It appears the Biden administration got the message. Though, not so much for the Left in Congress or major cities still pushing the issue.