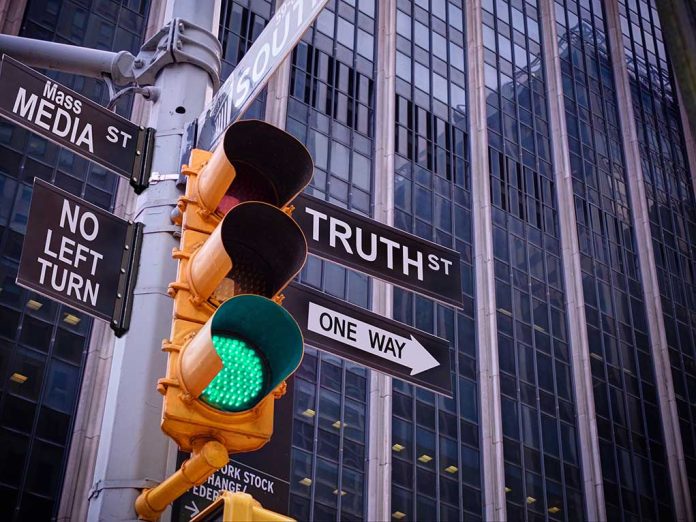 (RightWing.org) – On Wednesday, January 19, President Joe Biden tried to spin the news that he has been successful in delivering the greatest job growth and economic recovery in US history. Both were bound to happen no matter who was in office after the nation began to recover from decisions government overlords made during the pandemic. Yet, is that a true picture of the self-inflicted damage that Democrats did to America through long-term lockdowns, shutdowns, and trillions of dollars in massive government spending?

Biden and Democrats can’t blame inflation on the pandemic. Their reckless policies and spending caused it. The government spent at least $4 trillion between Congress and the Federal Reserve in 2021. On top of that, Biden initiated a war on energy that caused gasoline and utility prices to explode. Businesses can’t get people to return to work post-pandemic, so they increased $8 to $12 an hour wages to $16 to $20 per hour or more. Again, how could prices not go up? As the Federal Reserve begins to raise interest rates, it would present a new danger to the American economy. It’s not a question of which is worse; it’s all equally bad.

By solving one problem, the Federal Reserve may be creating another one, and just in time for the midterm elections.

If the Fed does raise interest rates, inflation may disappear, but a recession is likely to take hold instead. The Fed says it doesn’t expect that scenario, but it’s been wrong for a year now. A former top member of the Federal Reserve, Thomas Hoening, who was on the board in 2008, disagrees with that assessment.

Things Are About to Get Worse

From 2008 to 2014, the Federal Reserve purchased over $3.5 trillion in federal securities from big banks to ensure they would provide affordable lending and investment options. That’s almost triple the money the Fed created in its first 95 years. During the pandemic, it pumped $700 billion into the US economy.

Award-winning economist Milton Friedman warned that prices double whenever the government doubles the money supply. Unfortunately, bigger problems loom. Between 2011 and 2020, the price for an average acre of farmland increased 37%. The median sale price of a home jumped 58%, and the stock market exploded by 147%. It was all due to low-interest rates and cash infusions into the economy by the Fed.

What happens when interest rates rise? People will stop spending, the value of assets will decline, and state and local government and school tax collections will drop. Other bubbles are waiting to pop due to government interference in the market as well, especially in government programs to create electric vehicles or other renewable energies.

Government Will Claim They Have the Solution

If this comes to fruition as some economists suggest, Democrats, and some Republicans, will make the case they will solve all your problems as they point the fingers everywhere but at themselves. That’s despite the fact they created the problems in the first place. Here’s what makes it worse — they will tell us the government will take care of us if we can’t take care of ourselves. They’ll create programs under the guise of assistance, and Americans will clamor for it without understanding the consequences.

Here’s the hard truth: Americans voted for all of this when they elected people who don’t understand basic economics, disapprove of capitalism, and voted in 2020 to go in a different direction because they didn’t like President Donald Trump, even though they loved his policies.

The only way to dig out of this mess is not to make it worse. Sometimes, doing nothing is better than doing something. That goes against the grain of government policy and voters who no longer are patient and want instant gratification. Those are hard facts.

The government does not have the solution to our problems. It is the problem.