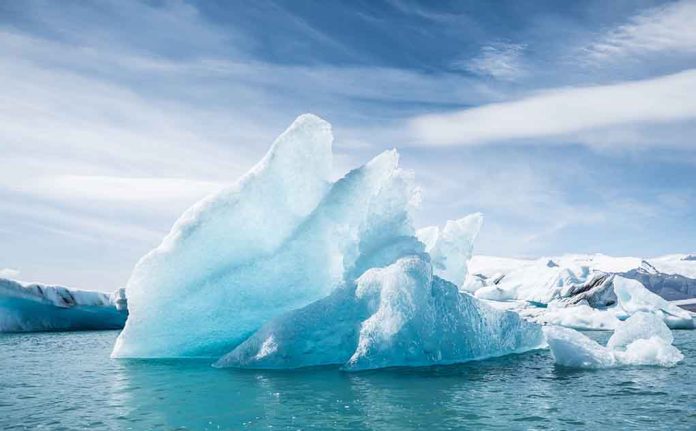 Big DISCOVERY In The Artic – Scientists Are Speechless

On April 22, the C3S published its annual European State of the Climate (ESOTC) report. Noting that the Arctic sea ice extent generally reaches its maximum yearly level in March and minimum in September, the ESOTC reported that the Arctic extent level for March was only 3% below the 1991 to 2020 average.

🌍 The #CopernicusClimate Change Service's report on the European State of the Climate for 2021 has just been released! #C3S puts last year's climatic conditions into context with long-term trends.#EarthDay #EarthDay2022

According to the ESOTC, the decline in Artic ice appears to have hit its lowest point in the late 1990s through 2007. Additionally, the Arctic sea ice extent reached its highest low level since 2014 in September 2021.

GWPF head, Dr. Benny Peiser, echoed that sentiment, adding that he found it remarkable anyone would seriously think the planet is experiencing a climate crisis since little has changed in the last 30 years.

What do you think about climate change? Is it real, or just conjecture on the part of scientists?