We’re back with an extremely concerning update to the “Joker” movie story we covered earlier this week.

The US Army sent out a memo to its soldiers warning of potential shootings that could occur during the screening of “Joker.” It notified soldiers of social media posts from “incels” that could indicate a mass shooting at theaters across the country. Service members were instructed to escape if possible, hide if trapped, and fight back if trapped by a shooter.

“Incels,” which stands for involuntarily celibate, is a group of straight men who feel totally ostracized from society and rejected by every potential dating prospect. They’re single, lonely, and feel as if there’s no way to remedy their situation. The chronic hopelessness experienced by an incel can drive them to madness and seek desperate, violent “solutions” to their problems.

According to the Army’s memo, some incels admire the fictional Joker character because he puts on a face to fit in with society, yet isn’t afraid to resort to violence when needed. While this link isn’t necessarily intrinsic to the incel personality, there have been incels that have committed mass shootings in the past. One shot up a theater during “The Dark Knight” in Aurora, CO, in 2012, while another killed six near the Santa Barbara University of California campus.

However serious these threats may be, this situation is another example of the inconsistency that comes from the Left. Some Leftists are arguing that the media has no influence on others to inspire violence, while others argue that the Joker will cause mass shootings at theaters across America.

Also The Left: The new Joker movie is a love letter to incels and will inspire mass shootings!

While the Lefties are figuring out the answer to this extremely important question, a bigger one might be what are we doing to help people with mental illness? This is the true crux of the problem of mass shootings.

If you choose to see Joker in theaters, enjoy yourself while staying aware of your surroundings. 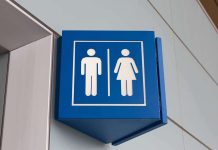