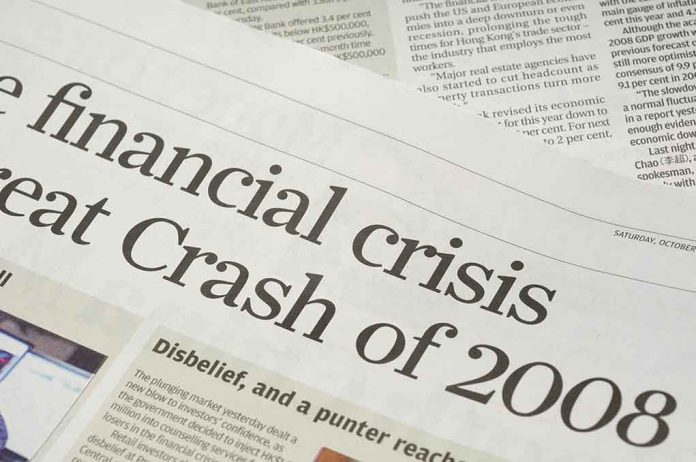 Signs of Another 2008 Just Became Clear

(RightWing.org) – The Federal Home Loan Mortgage Corporation, informally known as Freddie Mac, reported on October 27 that the 30-year fixed mortgage rate surpassed 7% for the first time since April 2002, rising from 6.94% the previous week to 7.08%. The rate sat at 3.14% at this point in 2021. A recent report indicates this two-decade high could be a warning of another housing crash and recession similar to the ones in 2008.

On October 25, Fortune Media Group posted an in-depth analysis of current housing market activity. The financial giant began its piece by noting that economists and market analysts have been predicting the Fed would keep pushing its interest rate corrections “until something breaks.” But, unfortunately, that “something” could be a significant enough weakening of the housing market to provoke a recession similar to the ones experienced by the country in 1981 and 2008.

Bill McBride, a retired technology executive and early predictor of the 2008 mortgage bubble, told Fortune that a housing market collapse is a “leading indicator” of an impending recession when the Federal Reserve starts raising rates to combat rising inflation — something it has already done five times this year, beginning in March.

On the plus side, Fortune readily conceded that nothing is certain, including the inevitability of a recession. It’s not too late for the Fed to pivot and alter the course of the housing industry while there’s still time. In the meantime, to ease the pain of inflation and prepare for a possible recession, Americans should pay down their current debt, avoid taking on new loans, and build their savings.