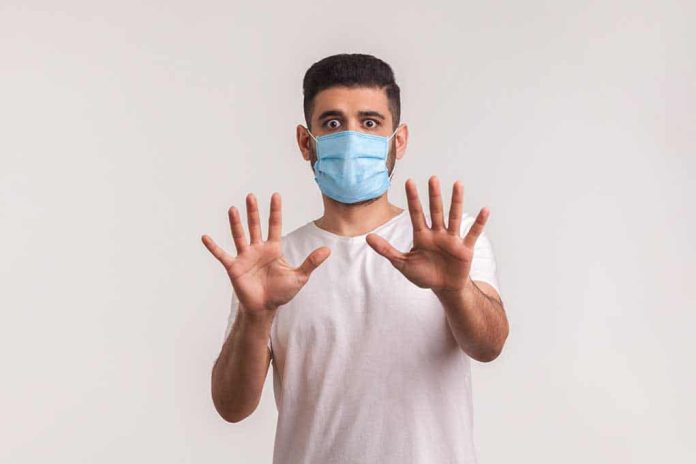 (RightWing.org) – This summer, millions of Americans have engaged in the time-honored tradition of gathering with family and friends for special events. Perhaps you were one of them? If so, a likely topic of discussion might have been on the subject of masks and vaccination mandates.

Over the last month, President Joe Biden went from trying to persuade Americans to receive vaccines to a progression of controversial actions. Instead of reason, he is trying to coerce Americans through mask mandates for the vaccinated. On Friday, July 30, CDC director Rochelle Walensky told Fox News that the massive agency was looking into a vaccine mandate. However, there’s a larger question at play here… what’s preventing people from vaccinating? Why don’t Democrats take some time to pause, listen and understand before impulsively acting?

In 1979, polio was virtually eradicated from the US because of a successful vaccination effort. Every year, millions of Americans receive immunizations for a variety of reasons to prevent many ailments. Many of them are mandated as a condition for kids to enter schools, with some limited exceptions. So, why is COVID-19 different?

There may be a much larger picture than many are considering driving the distrust of the COVID-19 vaccinations. Some of it may be subconscious.

The world is a very different place than it was just a few decades ago. Over the last four years, Democrats intent on destroying former President Donald Trump eroded the trust of millions of Americans. Consider the following broad string of events:

Words, deeds, and actions come with consequences. We can make the case why Conservatives don’t trust the government or the media any longer, thanks to the extreme partisan rhetoric of the Left. The culture war the Democrats started decades ago is bearing itself out.

COVID-19 vaccine hesitancy isn’t the problem. It’s the symptom of a much bigger issue created over a long time.

For many Americans, the pandemic legislation wasn’t about protecting America from a dangerous virus. It was about government overreach. Government lockdowns and restrictions hurt too many Americans.

And to those who say the drastic measures were better than the alternative of losing potentially millions to COVID deaths, those who are suffering the reality of losing their homes thanks to the massive layoffs might argue their losses are also life-threatening and poignant.

With the Delta variant rising, familiar rhetoric is reappearing. Except now, people distrust the government — the same government currently trying to force people to take vaccinations. In the process, the government is pitting Americans against each other. The vaccinated against the unvaccinated. It’s a tinderbox, and Democrats are playing with fire once again.

Suppose the Left is serious about protecting the country. In that case, it must first be willing to earn the trust of half of Americans who no longer see them as political opponents with good intentions or just a different point of view.

Democrats Want You to Believe the Immigration System Is Broken