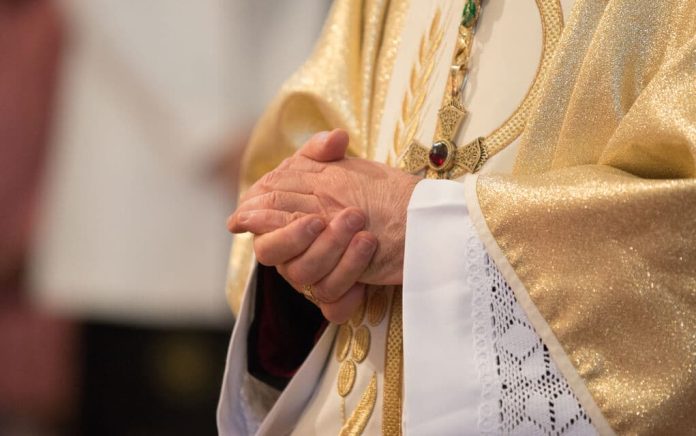 (RightWing.org) – Over the last year, tensions between US politicians and leaders in the Catholic Church have been growing. The issue driving the wedge is the Democrat’s support for abortion. Catholics like President Joe Biden and House Speaker Nancy Pelosi (D-CA) argue that what someone chooses to do with their body is none of the government’s business. However, many in the Catholic Church argue the government has a moral and ethical responsibility to protect life.

On Tuesday, September 21, San Francisco Archbishop Salvatore Cordileone offered harsh words in opposition to the Women’s Health Protection Act, describing it as “child sacrifice.” The Democratic proposal is a response to the new Texas abortion ban that prevents termination after about six weeks of pregnancy. On Thursday, Pelosi went on defense defending the federal bill.

Abortion is becoming such a critical issue for church leaders that bishops are considering withholding the sacrament of communion from politicians who support, endorse, or vote for abortion laws. For a Catholic, that’s a devastating blow as the Eucharist is at the heart of their faith. It’s the church’s way of saying that wayward followers are no longer in good standing with the church, or with God.

Cordileone condemned HR 3755 as “child sacrifice,” and asked Catholics to start praying and fasting for politicians to stand up against the “atrocity.” He emphatically stated, “It is especially shameful that any self-professed Catholic would be implicated in such an evil, let alone advocate for it.”

When asked about the Archibishop’s statement, Pelosi said the two have a different view regarding abortion. Part of the Speaker’s district is in San Francisco. Pelosi grew up in a staunchly Catholic home in Baltimore, Maryland, and said she grew up in a pro-life family. Pelosi went out of her way to say that she and her husband had five children, suggesting that somehow justifies championing abortion.

Pelosi added that she believes no one has the right to tell another what to do. She said that it’s not her business what people decide regarding their families’ “size and timing.”

In June, the US Conference of Catholic Bishops united in calls to draft a formal document outlining the definition of the Eucharist. In November, the leaders plan to go over the details of a draft at their annual meeting. At the moment, there is no ban on communion for politicians who support or vote for abortion legislation. However, that could change.