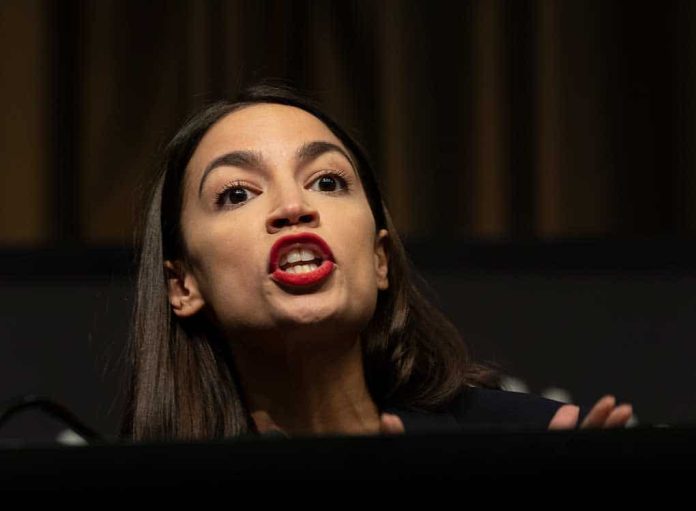 (RightWing.org) – The country remains in economic distress as it continues to rebuild in the wake of the COVID-19 pandemic. Inflation is on the rise, causing concerns among many leading economists. Yet, amid this financial turmoil, Rep. Alexandria Ocasio-Cortez (D-NY) is ranting and raving at Republicans for their common sense approach to rebuilding the nation’s economy. Go figure!

Ocasio-Cortez (AOC to friend and foe) lashed out at Rep. Lauren Boebert (R-CO) for speaking out during an appearance on July 10 at the annual Conservative Political Action Conference (CPAC). Boebert spoke out against endless government entitlements. “We don’t want your benefits,” she told the roaring crowd in a mock conversation with government officials.

Tell ‘em loud and proud girl! GOP will strip your unemployment protections and dismantle any semblance of a public safety net we have left! Then make working people pay way more for everything on low wages while Wall St gets a meal ticket!

AOC fled to her favorite stomping ground, the Twitterverse, to lash out at Boebert. She railed at the idea of stripping unemployment benefits from workers claiming it served as a “public safety net.” She also said cutting welfare would drive up prices for low-wage earners.

Do you want to know what actually drives up prices? The lack of an adequate supply to meet demand increases inflation, caused by a lack of workers to produce American products. Completing the circle, AOC’s dream of creating a socialist empire where the government endlessly provides unemployment benefits serves to incentivize workers to stay at home. Boom — not enough workers, not enough supply.

There’s no reason for workers to return to their jobs if they make more money sitting at home collecting unemployment benefits. Perhaps it’s time someone explained Economics 101 to AOC.