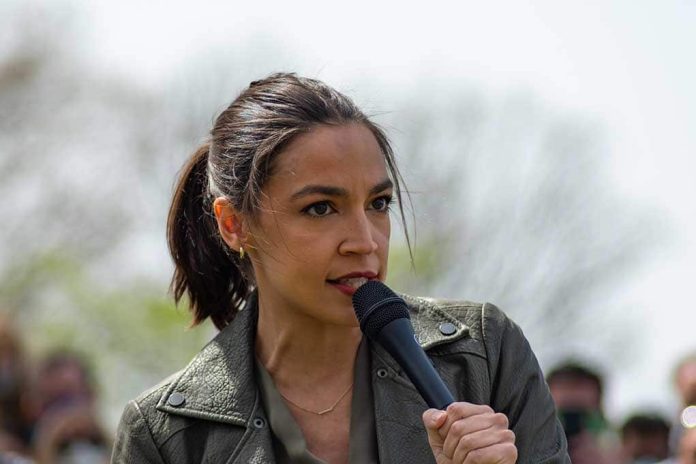 (RightWing.org) – A far-Left Democrat congresswoman is trying to keep the January 6 Capitol riots in the news, even if that means inventing some suitably shocking facts.

On October 24, Representative Alexandria Ocasio-Cortez (D-NY) sent an inflammatory tweet that began with the statement, “Any member of Congress who helped plot a terrorist attack on our nation’s capitol must be expelled” – then went on to call the Capitol riot a terrorist attack. Inquiries into the riots have found that while outrageous, they started as a legitimate political protest that ran out of control, not a terrorist attack.

Any member of Congress who helped plot a terrorist attack on our nation’s capitol must be expelled.

This was a terror attack. 138 injured, almost 10 dead. Those responsible remain a danger to our democracy, our country, and human life in the vicinity of our Capitol and beyond. https://t.co/D0qLlaFjTh

Even worse, AOC is trying to blur the truth about the consequences of the riots. Four people died, but AOC inflated the number to “almost 10 dead.” She wasn’t confused; she knows what happened on January 6 – after all, she’s been talking about it for almost 10 months. Why deliberately exaggerate the death toll?

The fact is, most politicians are happy to slant a story in a way that favors their side – but an increasing number are now willing to just flat-out just lie, and in Sunday’s tweet, AOC was lying. She’s smart enough to make sure she can’t get pinned down on a false number, but she was definitely trying to create a false impression. Is that what we want from our politicians?

Social media users quickly mocked AOC for her comments, but she hasn’t retracted them, and her followers will slowly forget the truth and believe her version instead. Is this the sort of politics we want to encourage?