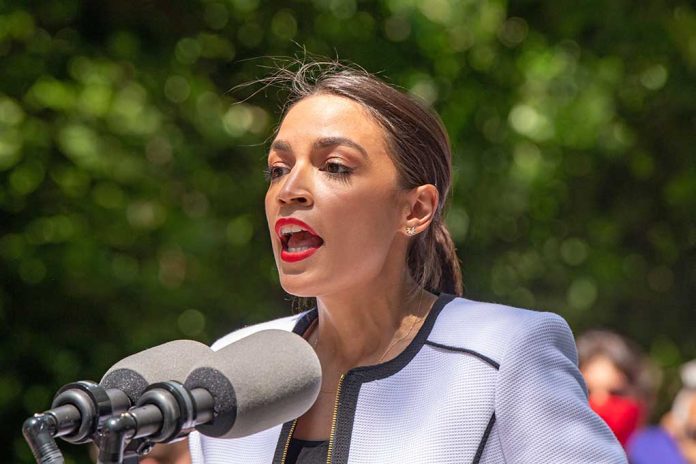 (RightWing.org) – In what probably comes as no surprise to many, a controversial Democrat congresswoman has launched a racially charged attack on White people after GOP representatives cast votes she didn’t like.

On June 19, Representative Alexandria Ocasio-Cortez (D-NY) told reporters that all the Republicans who voted against making “Juneteenth” a federal holiday were White and male. She also accused them of being “in denial” about being racist without showing any evidence that they actually are racist.

President Biden signed the “Juneteenth National Independence Day Act” on June 17, two days after the House passed it by a 415-14 vote. All the dissenters were Republicans, but AOC seems to be the only one who felt it necessary to mention their race and gender.

Juneteenth commemorates the freeing of slaves in Texas by General Gordon Granger, US Army, on June 19, 1865. It was originally celebrated as Jubilee Day in Texas and other parts of the South, but the nonsense word Juneteenth gradually replaced the traditional name.

AOC’s attack on her Republican colleagues probably isn’t really about Juneteenth, though. She’s currently claiming that “lack of diversity” is why people are pushing back against the controversial teaching of Critical Race Theory. By smearing opponents as White men, she hopes to deprecate their beliefs. It’s cynical and dishonest, but with Biden in the White House, it might just work.