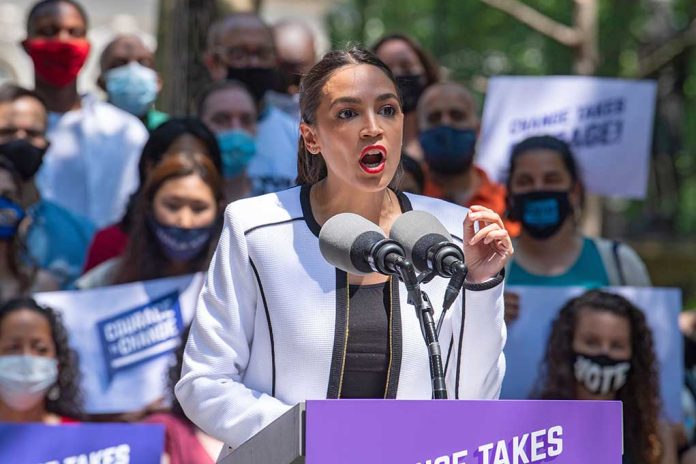 (RightWing.org) – On Thanksgiving Day, Americans all across the country gathered together with family and friends to express their gratitude. They weren’t alone. The Republican Party is also thankful this holiday season. What is there to be grateful for this year? After all, Republicans are currently in the minority and powerless to stop the Democrats from enacting a dangerous and reckless semi-socialist and climate change agenda that is sure to drive inflation higher and disrupt Americans’ lives.

Despite all that, there are a lot of reasons to give thanks. For one, Democratic infighting and the passage of their socialist agenda finally exposed who the Democrats are once and for all. For decades, they denied they were a liberal party to the public. This year, Americans finally learned the truth about how far left the party truly is… the legislation and votes prove it. There are virtually few, if any, true Moderates left among Democrats. Perhaps the GOP should be thankful for the most prominent mouthpiece in the Democratic Party, who is now the standard-bearer of the socialist agenda. Democratic socialist Alexandria Ocasio-Cortez (D-NY) is the gift that keeps on giving.

AOC Blasts Democrats for Not Using Her in Virginia

AOC exhibits the kind of narcissism and arrogance that makes for good folly. Her statements sometimes make even the most liberal pundits wonder what she just said. All humor aside, the firebrand socialist genuinely believes she holds the golden ticket to the Democrats’ success in the wake of electoral failures in Virginia.

On Monday, November 22, AOC took an opportunity to blast Democrats who lost in Virginia back on November 2. For the first time in decades, Republicans flipped the governor’s mansion, lieutenant governorship, and the statehouse. Political analysts saw the sweeping win for the GOP as a referendum on the Biden administration and liberal ideologies spread from those such as Ocasio-Cortez.

Don’t tell AOC that. She’ll argue differently. The congresswoman genuinely believes that Virginia Democrats lost because they ran a moderate campaign. Virginia Democratic gubernatorial candidate Terry McCauliffe called in big-time Democrats such as former President Barack Obama, President Joe Biden, and Vice President Kamala Harris. He ignored the left-wing of the party, and for a good reason in purple Virginia. Apparently, AOC believes she has a bigger appeal than Obama.

The New York democratic socialist believes if Democrats had asked for her help, she could’ve mobilized the progressive base in large enough numbers to win Virginia. That’s highly unlikely in a state that is very different from the Bronx district that AOC represents.

GOP Should BE Excited She’s Speaking Out

The more AOC talks, the better it is for Republicans. While pockets of districts around the country may align with AOC’s values, they are far from a majority. According to Gallup, only 25% of Americans identify as Liberals. Compare that to Conservatives (36%), and Moderates (35%), and it’s clear the majority of the country is not with AOC. In fact, she’s a liability in most states, not a benefit.

While the leftist politician believes the answer to the Democrats is to push the legislative envelope to excite the left-wing base, there isn’t enough of a base nationwide to make a difference. Remember, Joe Biden ran as moderate but is governing as a leftist. His polls are tanking as Americans express dissatisfaction with his job performance. That’s not a fluke. He’s not the man most Americans voted for, and he’s getting whacked in the polls because of it.

While Democrats claim they simply need to message better, the problem is more extensive than messaging or passing legislation. The problem is the message and actions are out of alignment with most Americans.

AOC’s narcissism is ultimately a gift that keeps on giving for the GOP’s fortunes in the 2022 midterms and beyond. It’ll be interesting to see what her narrative is after the midterm elections if the big red wave sweeps Republicans into power.