Renegade congresswoman Alexandria Ocasio-Cortez (D, NY) gave the green light to anyone who wants to create mayhem when she told a New York radio station that many people in the US and worldwide have “no choice” except to riot. The inflammatory comments grew from a discussion of that favorite left-wing grievance, Palestine, but the fiery socialist then upped the stakes by applying them to this country too.

AOC gave an interview to New York hip-hop station Hot 97 recently and quickly got drawn into discussing violence and civil disorder instead of the political issues that are supposed to be her job. 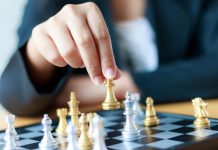