(RightWing.org) – For two years, Rep. Alexandria Ocasio-Cortez (D-NY) has taken virtually everyone to task for one reason or another. The firebrand Democratic Socialist developed a reputation for talking and tweeting about controversial issues and inciting criticism more than doing things that help her constituents or the country. AOC is dead center in the battle for the heart and soul of the Democratic Party. The question is, will the party continue its hard shift to the left or will it remain more moderate?

Ocasio-Cortez is at the very heart of that debate. As the leader of the “Squad” of far-left House Democrats, she is openly pushing for far-left socialist policies including defunding the police, the Green New Deal, Medicare for All, universal basic income, student debt elimination, and free college for everyone.

While she openly criticizes members of both parties, she openly invites it upon herself as well. Some legislators question if AOC is more about celebrity status and demagoguing than legislating.

On Twitter, the New York representative boasts an impressive 10.7 million followers. The media hangs on virtually every word she posts. The young Democrat has often criticized the Democratic Party and its leadership.

However, the Democrats aren’t the only ones in her sights. On Thursday, December 3, AOC, cutely, tried to attack conservatives, but it may have backfired.

Before getting elected to Congress, the young Bronx native’s adult life experiences included college and waitressing. Everyone has to start somewhere as a young adult. However, her immaturity has gotten her in trouble with her older colleagues in both the House and Senate. At times, both Democrats and Republicans have singled her out for not taking the time to learn how to become an effective legislator.

AOC’s response was to lash out, especially at Republicans. On Thursday evening, the “Squad” leader took to Twitter to lambast conservative lawmakers.

Republicans like to make fun of the fact that I used to be a waitress, but we all know if they ever had to do a double they’d be the ones found crying in the walk-in fridge halfway through their first shift bc someone yelled at them for bringing seltzer when they wanted sparkling

Moments later, AOC said she brings a “work ethic to Congress” while they “sit around on leather chairs all day.”

I was a waitress for 5+ years throughout high school and college. I am a Republican and I cried in walk-in fridges just like you.

The difference between us? I don’t expect the gvt to provide for me. I make my own $ and provide for myself. https://t.co/NHMxhkSkkp

Several weeks ago, AOC attacked centrist Democratic Sen. Joe Manchin (D-WV) on Twitter. Responding in kind, the Senator tweeted that many Democrats in the Senate wouldn’t support defunding the police, Medicare for All, the Green New Deal, and a “crazy socialist agenda.”

On Tuesday, December 1, Manchin said AOC was an ineffective legislator that’s “more active on Twitter than anything else.” The West Virginia Senator said that he heard the far-left Congresswoman wasn’t active in her assigned committees, nor has she supported or promoted bills she proposed in the House.

Manchin could be on to something. In the 2020 election, Republicans picked up seats in the House instead of losing upwards of 20 seats as projected. The surprising showing stunned Democrats. Moderates went on the offensive and blamed socialist and defund the police policies for the poor results.

Of course, AOC was in denial and said Democrats needed to double-down on her point of view. Apparently, Manchin disagrees.

If Republicans take over the House in 2020, AOC may have a role in their victory. 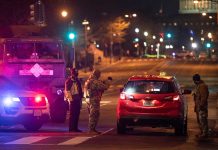 Why the Overwhelming, Unprecedented Military Presence in Washington, DC? 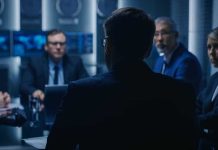