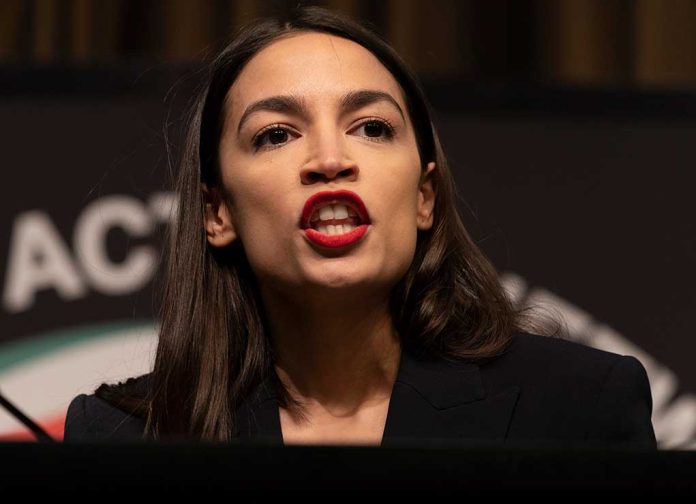 (RightWing.org) – On Monday, January 9, a commissioner with the US Consumer Product Safety Commission (CPSC) indicated his agency might take regulatory action against the future use of gas stoves, citing “hidden hazards.” Richard Trumka Jr.’s remark created instant controversy and concerns that the White House planned a nationwide ban. Rep. Alexandria Ocasio-Cortez (D-NY) decided to weigh in on the matter, sparking a massive roasting online.

The following day, former White House physician and current Rep. Ronny Jackson (R-TX) posted a tweet vowing to “never give up” his gas-operated stove. “They can pry it from my cold dead hands,” he wrote, echoing the sentiment of many gun rights proponents.

I’ll NEVER give up my gas stove. If the maniacs in the White House come for my stove, they can pry it from my cold dead hands. COME AND TAKE IT!!

AOC replied on cue, claiming that exposure to nitrogen dioxide (NO2) emissions from gas stoves was linked to “reduced cognitive performance.” AOC included a link to a recent article by Vox discussing “unsafe levels of indoor pollution” attributable to gas stoves. It cited a research study that claimed indoor gas appliances “may be negatively associated with neuropsychological development” [emphasis added].

Did you know that ongoing exposure to NO2 from gas stoves is linked to reduced cognitive performance https://t.co/1bjmHqnHVa

The release of NO2 particles and other pollutants does irritate the mucous membranes of the eyes, nose, and throat, as per a CPSC report. The commission also noted that repeated exposure could contribute to lung diseases like emphysema.

Unsurprisingly, the results of a recent research study published by the International Journal of Environmental Research and Public Health found that gas stove usage contributed to more than 12% of childhood asthma cases.

However, an exhaustive review of government-back studies and reports concerning NO2 by federal agencies failed to turn up a single connection between gas stoves and NO2 to “reduced cognitive performance.”

As one might expect, Twitter erupted in the wake of AOC’s tweet. Several users roasted AOC, calling her claim ridiculous and accusing Democrats of being “literally insane.”

Rules for thee but not for me. https://t.co/o7iRlSEVVl

Others like Sen. Ted Cruz (R-TX) retweeted a September 2020 tweet by Jill Biden cooking on a gas stove, noting the first lady supports “Rules for thee, but not for me.”