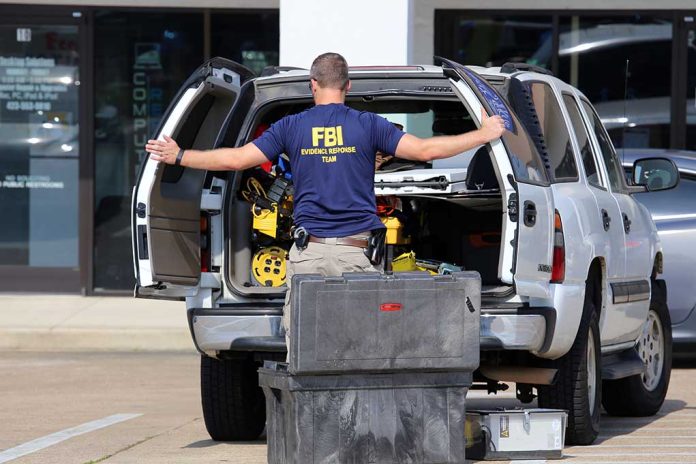 (RightWing.org) – A conservative media host says the FBI has taken half a million dollars from his bank account – and there’s no way for him to get the money back. It’s the latest in a series of attacks on former President Donald Trump’s supporters.

On January 6, Nick Fuentes, host of the popular conservative show America First, attended President Trump’s rally in Washington, DC. He just wanted to be present at a legal demonstration, played no part in the violence that later erupted at the Capitol and didn’t even go within 200 yards of the nearest entrance.

Yet now, he’s being investigated anyway. Chillingly, Fuentes only realized he was the target of a federal probe when his bank card was declined, and he looked in his checking account. Almost $500,000 had been taken, and all his bank could tell him was it had been seized by legal order. It took more than two weeks before the bank gave him a contact number at the Department of Justice.

Nick Fuentes lost a half mil by the state because he said things they considered to be distasteful. If Nick’s comments are more troubling to you than a regime that deprives you of a livelihood for saying offensive things, then the conservative movement has no use for you.

Fuentes hasn’t been charged with any crime, yet federal agents have the power to take hundreds of thousands of dollars from his bank account – and his lawyers warn that there’s no way to get it back. No law limits how long the FBI can keep the money or even says they have to give it back at all.

The US, alone among advanced countries, allows government agents to permanently seize the assets of people who haven’t been accused of a crime. It’s a horrifying power and clearly open to abuse. All Fuentes did was attend a rally organized by our elected head of state – and now the government has wiped out his finances. Is anyone safe?