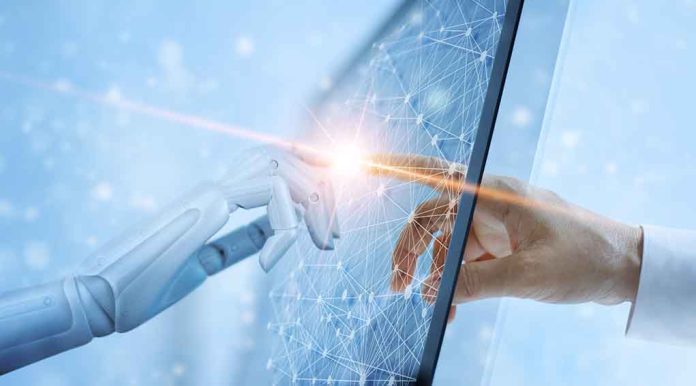 (RightWing.org) – The recent appearance of Artificial Intelligence (AI) tools capable of writing reasonably good text has sparked a debate. Is there any point in grading students on essays when they might have been written by an app? Is there a future for human writers at all? Now, the debate is expanding to other fields. Can AI apps compete with human musicians? Nick Cave doesn’t think so.

Earlier this month, a New Zealand music fan called Mark asked the popular AI app ChatGPT to write a set of song lyrics “in the style of Nick Cave.” The robot writer obediently came up with four verses and a chorus, which the proud fan then sent to Cave with a note asking, “What do you think?” The famously plain-speaking singer didn’t hesitate to tell him.

In a blunt putdown, Cave said he had already been sent a slew of AI-generated songs “in the style of Nick Cave” and added, “Suffice to say, I do not feel the same enthusiasm around this technology.” He warned that AI could lead us “toward a utopian future, maybe, or our total destruction” before slamming the computer-generated lyrics claiming AI created “replication as travesty” and “it cannot create a genuine song.” Cave argued that songs come from the complexity of human experience and “algorithms don’t feel.”

Cave is obviously annoyed that a computer program is imitating his art, but he’s not the only one worried about AI. Advocates claim the technology is “not a job killer,” but even they admit it will wipe out whole categories of jobs — and, for the people who work in those jobs, retraining could be difficult or impossible. We’ve also already seen that social media bots are very good at spreading fake news. A true AI system could do it even better.

Artificial intelligence is a technology with huge potential, but it also comes with risks; the replacement of human artists is just one of them.